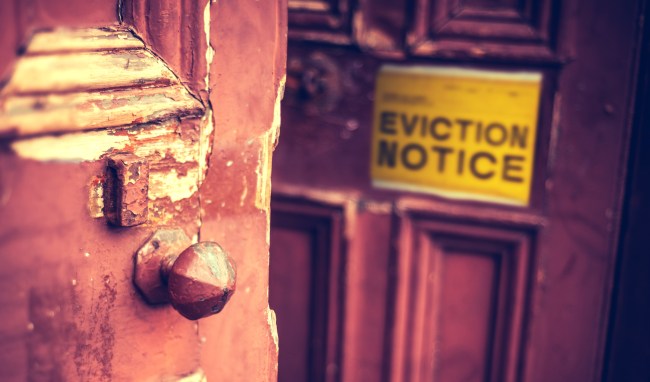 The landlords who provided these answers were asked on Reddit, “Landlords, what is the stupidest reason you’ve had to evict someone?”

Their answers will make you wonder how these people were ever allowed to live on their own in the first place.

Answer #1: “Guy got evicted from university housing because he was using the fire sprinkler head as the endpoint of a clothesline. This broke the sprinkler head, flooded half my floor (4th floor) and every apartment underneath down to the base level.”

Apparently, according to the many people in the insurance business who commented, this is more common than you would think.

Answer #2: “Had to evict someone for not using the shower curtain. They took a long shower and flooded their bathroom, which ran down and flooded the apartment below them. We lost the downstairs tenant as well. Plus insurance wouldn’t cover the damages since it wasn’t from a burst pipe or other plumbing issue. Then when they were evicted they asked for their damage deposit back.”

Of course they did.

Answer #3: “This woman had a dog and all that time we thought it was hers. She treated it like garbage, barely took care of it. One day she left this little puppy in the snow and my mom was furious. Before we could call over the dog to give him some warmth, the tenant walked out, grabbed him and slammed the door. She would keep using “pet fees” as an excuse to hold off on rent and we learned that A) she was lying and B) the dog WASN’T EVEN HERS.”

Answer #4: “They built a turtle habitat without permission in the basement. Heard this story second hand from a friend who knows the tenant. They started a turtle breeding business, so they decided to flood the basement with maybe 6 inches of water. The entire basement. It was a concrete floor, but there was still drywall on the wall. Don’t know how the landlord found out, or how long they had the habitat, but he kicked them out immediately. No notice. It was either leave now or he’d sue for damages. Next day they were out.”

That definitely wins for most bizarre reason in this thread. 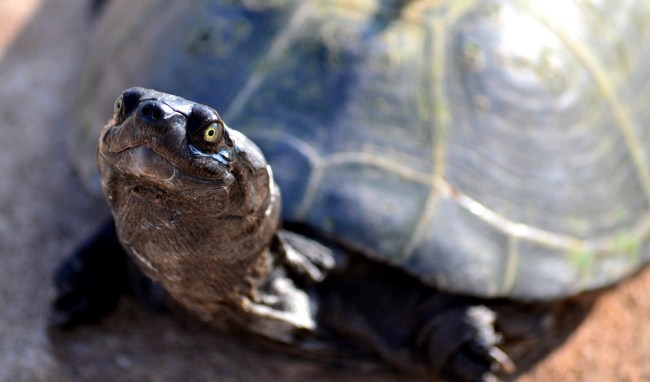 Answer #5: “My landlord had to evict the two young men living in the basement apartment. They got into a habit of terrorizing the poor old lady living on the first floor. And they would also always turn the heat of the building up to 45C. It was a huge fire hazard. Let’s say we were happy they left.”

Wait, why would one apartment be able to control the heat for the entire building?

Answer #6: “Tenant left all the windows open [in] rain storms apparently and didn’t clean up water that blew in and every single window in the house was rotted and had black mold. They asked for their deposit back.”

People who do this sort of thing always do. It’s that kind of obliviousness that got them evicted in the first place.

Answer #7: “Had a tenant who started gutting the apartment and selling off the appliances that came with it.”

Answer #8: “I can answer that. Tenant was growing weed in the house. Other tenants were complaining. Called in and told him to get rid of it. I don’t care about it being illegal (it is where I am), but I take the complaints from the other tenants seriously. He said he would. Couple of days later the other tenants call and say the plant is still there. So I met him and said if you don’t get rid of the plant now, I’m calling the cops. He said ‘call them.’ So I did. Arrested and evicted in one easy motion. What an idiot.”

1) Who is complaining about a person growing some weed? 2) Why would you ever illegally grow weed and then literally dare someone to call the cops on you?

Answer #9: “My sister used to have some duplexes she rented out. One tenant was several months late on payments and numerous times the tenant promised she was working on getting the money. My sister was being nice because the tenant was in a hard spot and recovering. One day she went by to visit and the tenant had a brand new tattoo sleeve all the way down her arm. When confronted about why the money wasn’t used to pay rent the tenant said they really wanted the tattoo. The eviction process started immediately.”

I could never, ever be a landlord.

Answer #10: “My dad was a landlord and one of the tenants tore out the cabinet doors and replaced them with chicken wire and put chickens in the cabinets.”

I stand corrected about the turtles being the most bizarre reason someone got evicted.

Okay, I sort of get that one.

Check out the rest of the landlords’ responses, if you dare, over at Reddit.