There Is A Large Boulder That Is Larger Than A Small Boulder Blocking The Road In Colorado (Yes, You Read That Right) 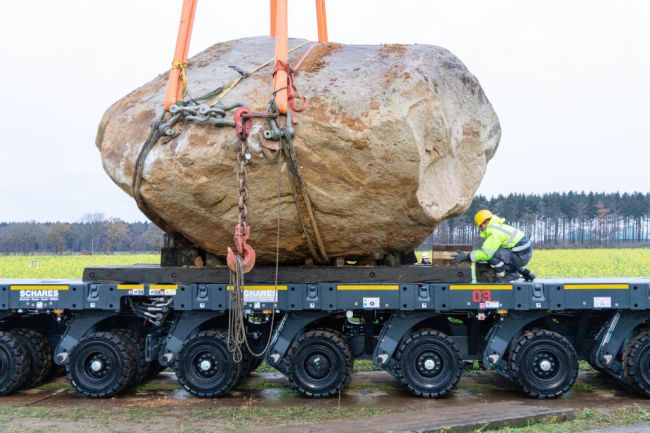 It has been just over a year since the San Miguel Sheriff in Colorado went viral for its emergency tweet about a boulder, and the account is back with another hilarious warning. Amidst a snowstorm last January, the department tweeted about a “large boulder the size of a small boulder” that was blocking a lane on the local highway. It was an innocent tweet that was meant to look out for the city’s residents, but the wording was hilarious.

Large boulder the size of a small boulder is completely blocking east-bound lane Highway 145 mm78 at Silverpick Rd. Please use caution and watch for emergency vehicles in the area. pic.twitter.com/EVMmDf0IJu

Twitter, of course, went wild with the description and had plenty of jokes. All of the replies are great, but here are the two highlights: 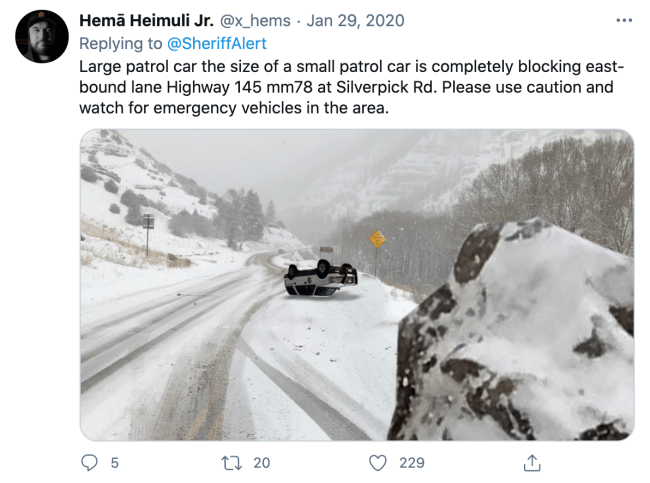 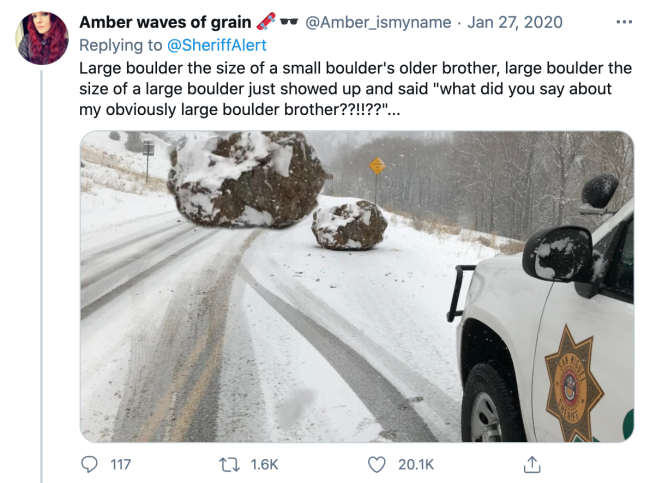 The wording of the original tweet was an innocent mistake. Susan Lily, who works in the public information office for the Sheriff, since clarified that she meant to type out that the large boulder was the size of a “small car,” not a small boulder. But what was done, was done, and the tweet became legendary.

One reply in particular stands out, as it would become clairvoyant.

On Friday, the San Miguel Sheriff’s Department encountered another fallen boulder and went to send out the advisory. In doing so, they had a good laugh at their own expense, referencing the fact that the large boulder is indeed the size of a large boulder.

It was a brilliant play of self-deprecating humor and entirely intentional. Lily knew what she was doing.

As is to be expected, the new boulder also went viral as people on Twitter got their jokes in. Some people didn’t get the reference.

Everyone needs an editor… https://t.co/mtbjFKO6QA

Oh no, not Stoner Creek!

Oh my god my time has finally come https://t.co/xklq0Bc3eW pic.twitter.com/30jOFmjMnq

Thank goodness. I hate it when large boulders turn out to be much smaller than a medium boulder. It messes with my head, which is the size of my head.