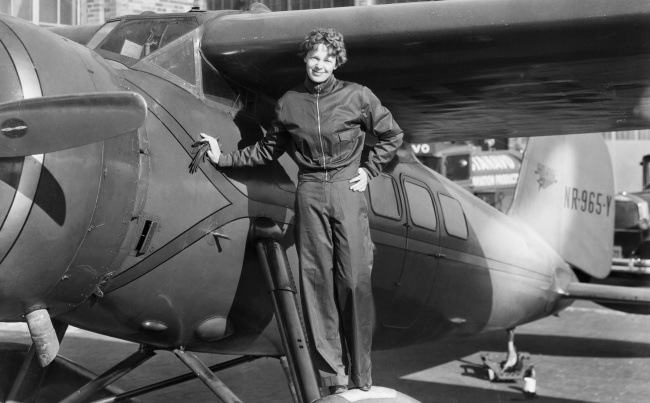 Almost 84 years ago, Amelia Earhart, the first woman to cross the Atlantic Ocean in an airplane, basically vanished off the face of the Earth while attempting to become the first female to complete a equatorial flight around the world.

The flight, which would have taken Earhart over 25,000 miles had she completed it, came to a mysterious end after she and her navigator Fred Noonan were last seen in Lae, New Guinea.

They never did make it to their next destination Howland Island, over 2,500 miles away. Earhart was presumed to have died somewhere over the Pacific Ocean just three weeks before what would have been her fortieth birthday.

Now, decades later and with the mystery of her disappearance still much very unsolved, a man in San Diego is in the possession of four letters from Noonan to his grandfather, who was close friends with the navigator.

The man, Hunter Person, tells Fox 5 News that his mother originally discovered the letters in his grandfather’s old rolltop desk 40 years ago.

Person, who recently rediscovered the letters and decided to share them with the San Diego Air and Space Museum, said, “It was exciting finding it after all those years, because it was kind of lost for a while.”

The “it” he is referring to is a 17-page letter written by Noonan during the attempted around-the-world flight with Earhart.

Postmaked from Bandung, Java and dated June 23, 1937, the letter was mailed from the Indonesia’s Grand Hotel. This was just eight days prior to the plane’s disappearance.