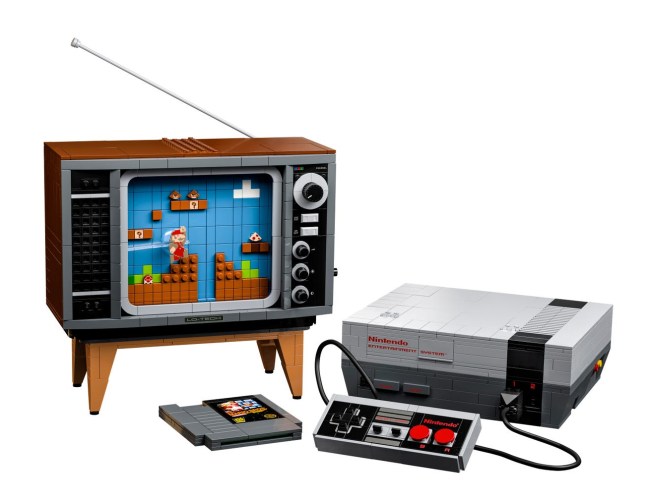 My childhood revolved around LEGO and Nintendo. If I’m being honest, my life still revolves around LEGO thanks to my 10-year-old addict.

I love putting LEGO sets together, even though all the Star Wars and Marvel sets start looking the same after a while. While those sets are the company’s bread and butter, LEGO knows that releasing sets aimed at adults is the real way to bring in the bucks.

Well, the company can just take my money now, because this Nintendo Entertainment System LEGO set is amazing and hits me right in the feels.

The LEGO Nintendo Entertainment System is a mechanically functional replica of the original NES console.

The set includes a controller with connecting cable and plug, an opening for the brick cartridge, a locking slot for the Super Mario Bros. Game Pak, and a buildable retro TV with an 8-bit Mario that moves across the screen by turning a rotating handle.

The set is also compatible with an interactive Mario figure.

The set will be available on August 1st and consists of 2646 pieces. The LEGO Nintendo Entertainment System retails for $229.99.