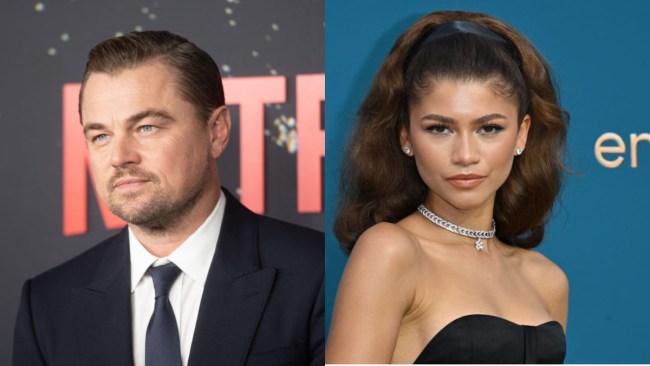 Following his recent split from actress and model Camila Morrone (who celebrated her 25th birthday back in June), the narrative that actor Leonardo DiCaprio only dates women younger than 25 years old has once again resurfaced in the pop cultural consciousness.

During Monday night’s Emmy Award, for example, host Kenan Thompson took a hilarious shot at Leo when he joked that 26-year-old Zendaya, who scored her second Emmy for her work on Euphoria, is now too old to date DiCaprio.

“Zendaya just turned 26, happy birthday. 26 is a weird age in Hollywood. Young enough to play a high school student, but too old to date Leonardo DiCaprio.” – Kenan Thompson at the #Emmys pic.twitter.com/tnbJ3XtZ1m

Zendaya, on the other hand, is currently in production on Denis Villeneuve’s Dune: Part Two, which will hit theaters on November 17, 2023. She’s also set to start in Luca Guadagnino’s romantic sports comedy Challengers alongside Josh O’Connor and Mike Faist.