Leonardo DiCaprio Seen With Model Ex-Girlfriend At Coachella, They Were Together Last Year – Are Things Getting Serious? 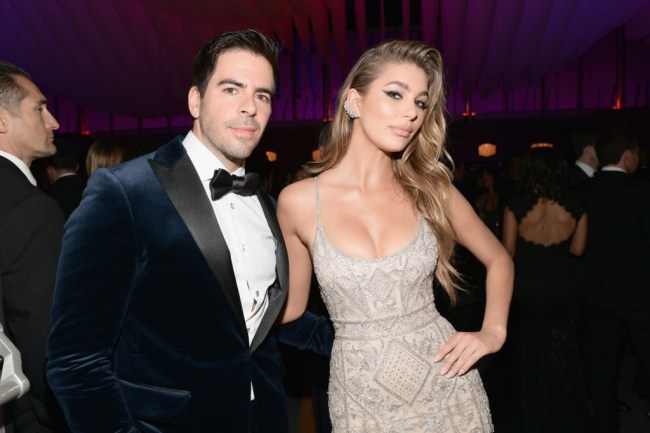 Leonardo DiCaprio was seen at Coachella and it appears that he is with Camila Morrone, who was supposedly his ex-girlfriend. But maybe they never actually broke up. A new video appears to show the couple getting cozy at Coachella.

Leonardo is no stranger to Coachella and seems to have a grand time at the music festival. The legendary actor put on a choreographed dance routine at Coachella 2014.

Then at the 2015 Coachella, DiCaprio got his ass beat by his friend in an impromptu wrestling match.

Camila and DiCaprio reportedly met at Art Basel in Miami in December of 2017. The two were together at last year’s Coachella and Leo took Camila to an exclusive party hosted by Rihanna.

Around 2:30 AM Saturday morning, DiCaprio was spotted at the Poppy x Google Midnight Bloom after-party that had a guest list that included Paris Hilton, Cuba Gooding Jr., Nick Young and Trae Young. DiCaprio attempted to go incognito with a dark hoodie and sunglasses. In the video, he appears to be with Morrone and gives her a very loving and adoring pat on the head.

The couple haven’t been seen in public together since last November according to TMZ. But maybe the beautiful 21-year-old Argentinean model wooed the Hollywood actor and they’ve been together since last Coachella? Let’s hope Morrone doesn’t get her hopes up because DiCaprio is a forever playboy. Poor girl, for her sake, let’s hope Leo lets her down easy.

I thought I was done posting, but the back of this dress needed to see the light.