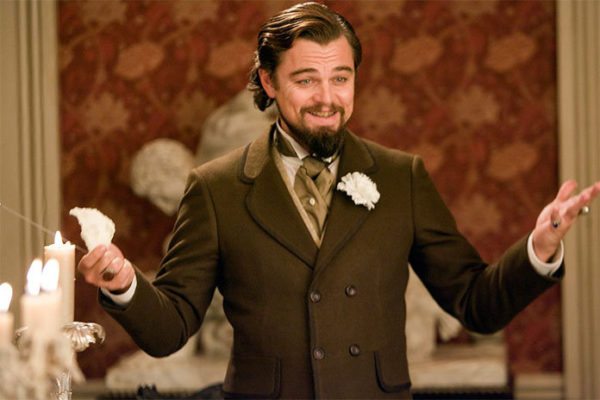 Two months ago, we learned that Quentin Tarantino had finished writing the script for the unnamed movie about the real-life story of the Manson Family murders. Today we find out that Leonardo DiCaprio will star in the film and play an “aging actor,” but no other details about Leo’s upcoming character were divulged. This new role reunites Tarantino with DiCaprio, who played plantation-owner Calvin Candie in Quentin’s Django Unchained.

Speaking of reunions, DiCaprio may be reunited with his former The Wolf of Wall Street co-star Margot Robbie, who is rumored to be Tarantino’s first pick to play Sharon Tate in the movie. Leonardo may also be reunited with Tarantino favorite Samuel L. Jackson, who is expected to “play a lead in the film.” Tarantino allegedly already met with Brad Pitt and Jennifer Lawrence about starring in the film, plus Tom Cruise and Al Pacino are a possibility to be cast in the movie.

Tarantino’s ninth movie will be based around Sharon Tate, the actress and wife of director Roman Polanski, who was murdered when she was eight months pregnant by followers of Charles Manson on August 8, 1969. The story is said to be “Pulp Fiction-esque” and is not a biopic. It is expected to be an ensemble film set during the tumultuous 60s. The film already has an August 9, 2019, release date, to coincide with the 50th anniversary of the infamous murders.

The untitled Manson movie is being produced by Harry Potter’s David Heyman. The movie will be DiCaprio’s first film since he won the Oscar for The Revenant. Production is set to begin this year in California. After the Manson movie, Tarrantino is expected to work on a new Star Trek film with JJ Abrams. With an all-star ensemble cast plus the Tarantino’s engrossing dialogue, this has sky-high potential.