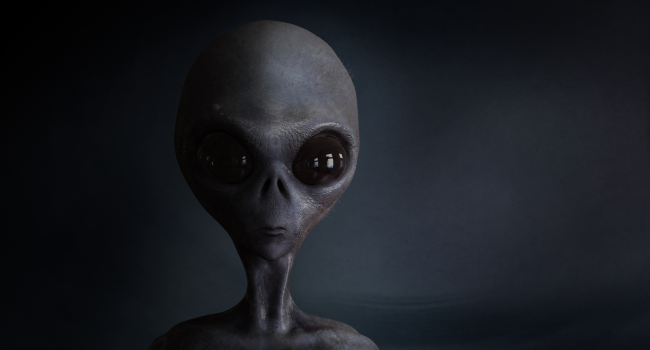 As everyone with an even passing interest in aliens and UFOs is aware, back in July of 1947 an event occurred near the Roswell Army Air Field in New Mexico that will live on in infamy.

Dubbed The Roswell Incident, many people believe that unlike the United States Army Air Forces balloon that was reported to have crashed at the site, it was instead something extraterrestrial in nature.

Not helping matters, was the fact that on July 8, 1947, Roswell Army Air Field “mistakenly” issued a press release stating that they had recovered a “flying disc” from a ranch near Roswell before quickly retracting it and changing the object to a weather balloon.

Decades have passed since the Roswell Incident with countless amateur sleuths trying to uncover the truth about what occurred back in 1947.

Today, however, a new letter, obtained by researchers from paranormal blog Mystery Planet, has emerged that supposedly contains eyewitness testimony from a member of the 414 Fighter Group that was sent to help cover up the crash of an extraterrestrial flying saucer. 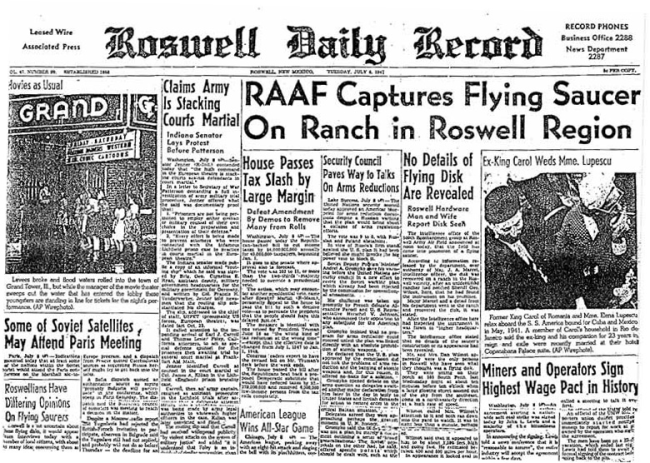 According to the website Infinity Explorers, the very lengthy letter came from a large number of papers and letters acquired over the years by physicist and ufologist Stanton Terry Friedman, who they call “the most prestigious civilian investigator on the Roswell case.”

The letter comes from a person named Shawn (last name is censored) from Texas who claims to be the son of a military witness to The Roswell Incident.

It begins, “A friend gave me your address and said you want to hear from family members of military men who witnessed anything related to flying saucers during their service. I have a first-hand eyewitness account given to me by my father regarding flying saucers and so-called ‘aliens’ that I think you should hear. I also have relevant documentary evidence left to me by my father that I would like you to examine.”

In the story he was told by his dad, his father says as was being transported to the crash site he was told by a military policeman that a rocket had crash landed on U.S. soil.

Eventually they landed at an air base in New Mexico, but the military police tried to prevent them from entering the property.

My father said when the General told the MPs the airmen were “his boys,” they were allowed to pass. On the ground my father said he saw the scattered remains of some sort of crashed aircraft. He said he had seen the renains of crashed fighters and bombers in the Pacific, but this was different from anything he had ever seen before. It didn’t look anything like the other crashes. My father said he was the only one present who was familiar with the internals of jet aircraft, since he studied jet propulsion and trained as a mechanic on the Army’s first jet fighter (the P-80 Shooting Star).

The General knew of my father’s familiarity with advanced jet aircraft, and he asked my father to take a look at the wreckage and “see what he could make of it. My father said the wreckage was unlike anything he had ever seen before.

Nothing resembled the shape of a conventional airplane or rocket. There were chunky pieces of relatively intact metal frame and many smaller, thinner pieces of what looked like a fuselage. Everything was made of a strange metal alloy, what he called “unobtanium,” very light and strong. Some of the pieces could not be bent, while others were extremely flexible. There were also some pieces that appeared to be rusted on the outside or to have been subjected to very high heat.

There were no discernible welds or rivets anywhere in the wreckage, and my father said it looked as if the entire ship had somehow been cast in one piece. There were no motors or moving parts at all, no propellers, jets, or nozzles. There were no visible cables, switches, gauges, vacuum tubes, or electronics of any kind. There were what looked like long, small lights; solid pieces of plastic of what he called “spaghetti” that were not wires or tubes, with no apparent function. There were strange characters on some of the pieces, a type of writing my father had never seen before — although only on the inside of the ship; there were no marks on the outside.

There were also a bunch of loose objects with no apparent purpose. The strangest objects he said he found were metal reclining seats the size of a child, with notches for the head, body, arms and legs, including notches for hands with spaces for six fingers. There were no corpses in the rubble.

After examining the remains, my father reported to the general, “Kell, it is not one of ours, that’s for sure.” Asked whether he thought it was a rocket or a jet, he replied, “Neither.”

The general asked my father if he thought the Russians had done it, and my father replied, “No, unless those inscriptions inside are in Russian.”

The story only gets stranger from there.

According to the eyewitness, three small bodies packed in ice that “were decomposing and smelled bad” were loaded on to his plane. He was told they were the crew of the crashed ship.

He said the creatures were small and fragile humanoids with skin that looked like that of a shark, unusually large heads, two arms, six fingers on each hand, two legs, two large eyes with no lids, a mouth, and a nose, no ears, teeth, or genitalia, and were “the perfect size and shape to fit the formed metal reclining seats he had seen among the wreckage.”

“My father said that he and the rest of the crew were immediately questioned by intelligence agents, who ordered them never to talk about what they had seen, forcing them to sign a confidentiality agreement that would be enforced under penalty of treason,” the letter reads.

He also said the wreckage “was taken to a hangar somewhere and carefully reassembled like a giant puzzle, revealing a saucer-shaped ship.”

Also among the things he observed and/or later learned include…

• The writing inside the ship was never deciphered.
• When electrical currents were applied to parts of the ship and the materials within it, they changed shape and exhibited strange properties.
• The ship’s frame and fuselage were found to incorporate wiring and circuitry that were invisible to the naked eye.
• The creatures had circulatory systems, but no digestive organs.
• It was determined that the cause of the accident was lightning that struck the ship.
• The origin of the ship was never determined.
• It was determined that the ship could travel and maneuver faster than the speed of light.

He claims that the creatures “were connected to the ship through a form of wireless technology” and that “the brains of the creatures served as onboard computers for the ship.” It is for those reasons that an identical ship that was recovered was never able to have been made functional and why there were later unsuccessful efforts to clone the creatures.

The letter also states that the witness acquired a set of classified documents which contained “the details of the ‘advanced form of telekinesis’ generated by the creatures as propulsion.”

“For many years I have kept my father’s secrets,” the letter reads. “He died unexpectedly a few years ago and since then I have wondered what to do with the information he left me. I think now is the time to reveal what I know and ask for help, the “right time” that my father referred to. He clearly believed that I should try to develop the technology and commercialize it, but I lack the resources to do so. However, I have studied it intensively and made some progress in my understanding of the technologies involved and how they can be applied.

“I’m not looking for publicity or notoriety. What I want is someone to help me develop the technology my father left me.”

Either this is the greatest made up story in the history of aliens and UFOs or this person, Shaun, has in his possession something that could literally change the entire world as we know it. Which one it is still remains to be seen.