Man Sent To Jail And To Pay $2,500 In Fines For Licking Ice Cream And Putting It Back In Viral Video Stunt 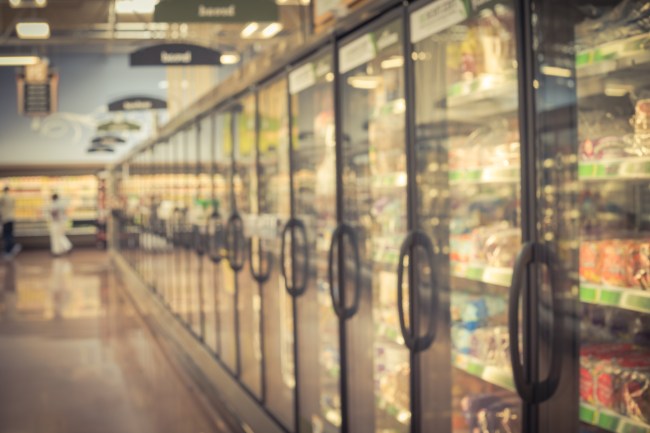 Right now is precarious enough with the mysterious and dangerous coronavirus floating around, and you can get infected by breathing in COVID-19 particles that are in the air. So while everyone is preoccupied with not catching this airborne disease, it would be nice if we didn’t have to worry about other germs being spread, especially ones purposely put on food at your local grocery store by pranksters who lick the ice cream in your frozen section just because they want to make a viral YouTube video.

We take you to Port Arthur, Texas, where one video personality got the attention that he was seeking, unfortunately for him, he also was noticed by the local police. D’Adrien L’Quinn Anderson filmed himself going to a Walmart, taking a half-gallon of vanilla Blue Bell ice cream out of the freezer section, removing the lid, and then taking a massive lick of the ice cream.

But it would be fine if he licked it and then put the ice cream container in his shopping cart. Oh no, he didn’t do that. He dug out a chunk of ice cream with his hand, and then licked the ice cream once again. He puts the lid back on and places the container back into the freezer so that an unsuspecting shopper would purchase the tainted ice cream.

IT'S Back… this time it's right here in SETX.

A viral video showing a man open a carton of Blue Bell, lick it, scoop some out with his fingers and put it back….. but he says he purchased it right after.

Hear from the Blue Bell "licker" himself at 6:00 on @12NewsNow pic.twitter.com/ykKtTJ9Obj

Imagine you just want an innocent gallon of rocky road ice cream but get hep C instead? You try to explain to your girlfriend how you didn’t cheat on her to get herpes; it was actually the moose tracks ice cream you bought at the Piggly Wiggly, not her friend Haisley who gives you the look? Not gonna fly.

Anderson was one of many influencers who did this dumb internet challenge in its heyday of the summer of 2019. However, Anderson is not getting rewarded with Likes and Shares, he is getting his just desserts with a jail sentence.

The 24-year-old Anderson pleaded guilty to a charge of criminal mischief and was sentenced to 30 days in jail for his viral licking stunt. Is a punishment of cutting off a tongue a little too punitive for this crime?

He will also have to pay a fine of $1,000 and restitution of $1,565 to Blue Bell Creameries, according to the Jefferson County District Attorney’s Office. Walmart had to throw away their stock of Blue Bell ice cream to be sure they were not selling contaminated treats.

Stop licking ice cream and putting it back. Can’t you just steal the ice cream like I did as a kid?

Tennessee officer guards the Blue Bell, reminds people to only lick the ice cream after you buy it! 🍦