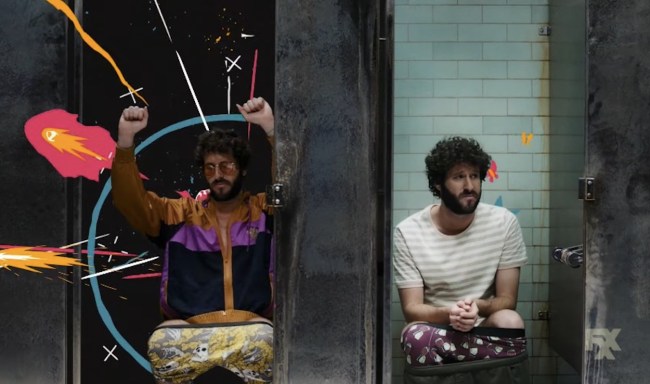 A couple of years ago, Lil Dicky was one of the most popular names in the music industry, as his creativity, comedy, and ability to make unique music videos made him one of the most exciting prospects in the rap game.

But that was years ago, as Dicky hasn’t released a full studio album since 2015. Sure, he released an EP here and a single there, but nothing really substantial for fans to enjoy. And perhaps now we know why.

Set to premiere on March 4, Dicky — real name David Burd — will be staring in the upcoming FXX Dave, a Kevin Hart-produced series that will be loosely based on the rapper’s life. The series will follow Dave, “a suburban neurotic man in his late 20s who has convinced himself that he’s destined to be one of the best rappers of all time.”

“I think he’s a star. The comedic talent and timing he has is unreal,” Hart told a TV critics meeting on Thursday. “You want to see people raise the level of creative and that’s what we’re seeing here.”

Braun had already worked with Burd musically and they’re friends as well. Dipping into his contact list, Braun helped bring in cameo appearances by Justin Bieber, Kim Kardashian West, Tierra Whack and YG on the show.

“We’re putting these people in positions they’re not used to being in. It’s fish out of water,” Braun said. “Dave is the magnet for all these people. They want to come and be part of what Dave is doing.” [via ABC]

Dicky’s stunning sense of creativity has never been in question, so whatever Dave winds up being, we know it won’t quite be like anything we’ve seen before.

Dave, which will air on FXX and FX on Hulu, premieres on Wednesday, March 4.