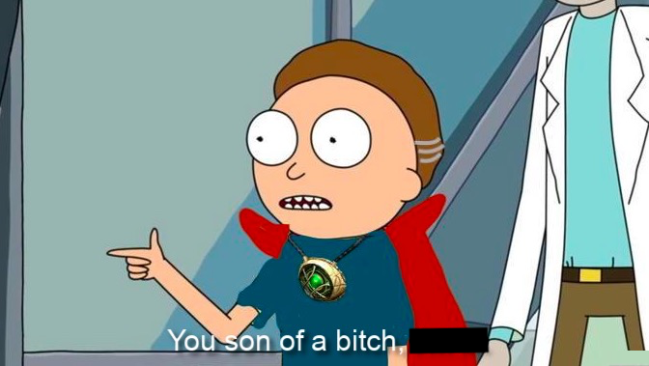 While the events of Loki, particularly its finale, are set to have wide-ranging, franchise-altering, timeline-smashing effects on everyone and everything in the Marvel Cinematic Universe, perhaps no character has been caught in the crossfire as much as Doctor Strange, who will likely be tasked with cleaning up the mess that the Lokis have caused.

Warning: spoilers for Episode 6 of Loki, “For All Time. Always.”, will follow.

After reaching The Citadel at the end of time and meeting Kang the Conqueror, a.k.a. the He Who Remains, our Loki is unable to stop a consumed-by-revenge Sylvie, who opts to kill Kang with a blade to the chest, therefore blowing the sacred timeline, and the multiverse, wide open.

As a result of Sylvie’s actions, the multiverse is now growing unchecked, creating new realities at an almost incomprehensible rate. And as we know, if there’s one man tasked with protecting realities, it’s the Sorcerer Supreme, who told Tony Stark as much in Avengers: Infinity War:

Once Sylvie decided to reign chaos upon the multiverse, the attention of Marvel fans immediately turned to Doctor Strange as they hilarious imagined the frustration the good doctor must be feeling right now:

Doctor Strange when he finds out what the fuck Wanda and Loki have been up to#Loki pic.twitter.com/xjVwxvk9je

#Loki doctor strange seeing what he has to fix pic.twitter.com/SSL5T3ZjcA

Doctor Strange needs all our prayers for Phase 4 of MCU #Loki pic.twitter.com/ex9F3CZAyJ

doctor strange really has to fix all this mess.. pic.twitter.com/tsoNTbTkf6

#DoctorStrange throughout all of Phase 4 when yet another coworker fucks up the multiverse…. pic.twitter.com/JTP5vTtEG1

All I have to say after the season finale is:

#loki
–
–
–
someone better pay for doctor strange’s therapy after this pic.twitter.com/cCnHwKAkE6

The consequences of Loki and Sylvie’s multiversal actions will likely be addressed in Spider-Man: No Way Home, which is also set to feature Benedict Cumberbatch’s likely very-pissed-off Doctor Strange, in addition to a handful of Spider-Man villains from previous, alternate timelines, most notably Alfred Molina’s Doc Ock from Spider-Man 2 and Jamie Foxx’s Electro from The Amazing Spider-Man 2. While the details remain a mystery, you can bet that their presence in the MCU will be directly tied to the events of Loki‘s season one finale.

Then, of course, there’s March 2022’s Doctor Strange in the Multiverse of Madness, which not only has the word “multiverse” in the title but is set to feature both Elizabeth Olsen’s Scarlet Witch and Tom Hiddleston’s Loki, the two prime culprits when it comes to this massive multiversal mess.

RELATED: Our Biggest Questions Following The ‘Loki’ Season One Finale