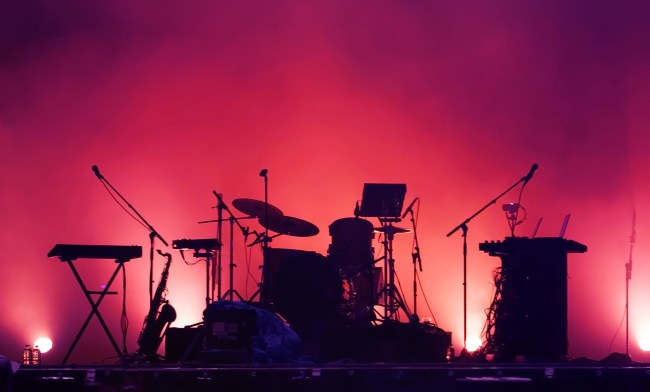 As every diehard Coldplay fan like myself knows, the band released its eighth studio album in November but made the unconventional decision to hold off on touring, deciding it would wait until a later date in order to explore ways it could reduce the environmental impact that comes with traveling around the world to play shows.

Chris Martin and the Gang now have more time than they anticipated to figure out the most eco-friendly way to stage a tour and plenty of other musical acts have done what they can to adjust by attempting to make virtual concerts a thing. As for actual concerts? Well, when you consider most experts don’t even seem confident attempting to predict how the current situation may evolve over the course of 48 hours, it’s almost a fool’s errand to try to figure out an answer at this point.

With that said, if there’s anyone capable of taking a stab, it’s Marc Geiger, who has decades of experience in the music industry, which he left an indelible mark on when he co-founded Lollapalooza in 1991. As if that wasn’t impressive enough, he was also in charge of global music operations at WME for 17 years so, yeah, he knows a thing or two about the business.

Geiger shared some of his knowledge during a recent appearance on The Bob Lefsetz Podcast, where he was asked to predict when he thinks it’ll be possible for concerts and music festivals to return in all their glory. It’s safe to say he did not give the most optimistic answer, saying, “My guess is late ‘21, more likely ‘22. I think that this is going to be…look, the whole thing’s a shitshow.”

Again, there’s only so much predicting you can do right now but it might not hurt to adjust to this potential reality. This summer has been a huge bummer and it’s going to suck if we have to make it through another one without live music on our side, but if you’re ready for the worst-case scenario, you can’t be disappointed when it’s realized and will at the very least be pleasantly surprised if it doesn’t come to fruition.

Geiger also addressed the long-term impact this could have on live music as a whole, including how promoters will handle safety issues and insurance policies going forward, which only led to more uncertainty:

“There is no insurance against COVID currently offered and even normal insurance policies are pretty scarce and hard to come by. The insurers are sitting on the sideline because there’s infinite liability. ‘Hey I got Covid,’ this and that—how do you prove it, etc.?

I think the biggest companies can maybe self-insure. Everybody else has to wait till the insurance industry feels good. So that’s one of many, many roadblocks in the way of restarting this vibrant economy that got shut down. There’s probably 20.”

Well, he’s definitely right about one thing: this whole thing is a shitshow. We’ll have to wait and see if he’s right about his prediction but I have a feeling that wait is going to be a loooooong one.