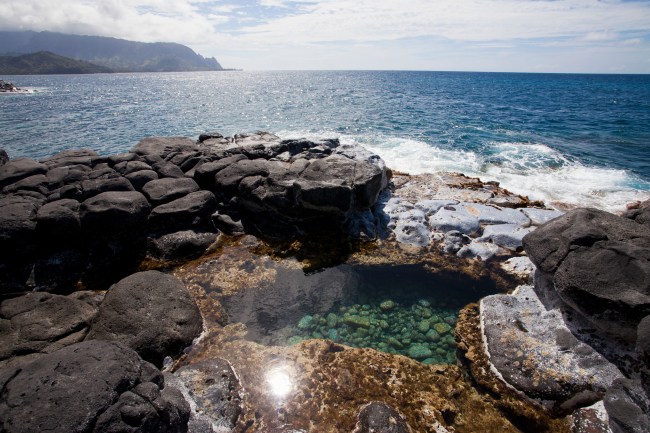 In what sounds like an unbelievable horror movie is turning into a grim reality. The story of Lori Vallow is linked to suspicious circumstances, missing children, family deaths, divine messages of the apocalypse, and a doomsday cult.

Lori Vallow first grabbed headlines in September when her seven-year-old son Joshua “JJ” Vallow and her 17-year-old daughter Tylee Ryan went missing. The missing children were last seen on September 24, 2019, in Rexburg, Idaho. JJ started school in September, but then was abruptly taken out of the school system. Vallow told school administrators that she was going to home school the boy.

Vallow took her two children on a day trip to Yellowstone National Park, Lori’s brother was also with them. A National Park Service camera captured photos of Tylee in Yellowstone, but that was the last time anyone has seen her.

Lori Vallow, whose two children went missing in Idaho in September, has been arrested in Hawaii. https://t.co/tZqIEtBmK0

The missing children’s grandparents grew worried that they hadn’t seen or heard from the kids for weeks and alerted police in Idaho. On November 26, 2019, officers from the Rexburg Police Department performed a welfare check at Vallow’s home.

They were greeted by Alex Cox, Lori’s brother. Alex told the investigators that JJ was with his grandma, Kay Woodcock, in Louisiana. One problem with that, Kay Woodcock, was the person who first informed police of the missing children.

“That was not likely to be true due to the fact that Kay was the individual who first called in a missing child report,” wrote Rexburg Police Dept. Lt. Ron Ball.

Detectives then questioned Chad Daybell, who was an old acquaintance of Lori’s and said to be dating Vallow. “Chad acted as if he didn’t know Lori very well and stated he didn’t know her phone number,” Rexburg Police said.

The next day, police returned to Lori’s home, but she and Daybell were gone, and the house was empty. Not only were the couple gone, but the home was eerily devoid of any indication that the missing children lived there.

In January, police searched the couple’s house and car and found the children’s birth certificates, Tylee’s bank card, and JJ’s iPad. Police found autism medicine prescribed to JJ in Vallow’s apartment, but it was dated January 2019, and had never been filled in Idaho. Most of their belongings and clothing were later found in an abandoned storage unit in Rexburg.

The suspicious circumstance prompt a nationwide manhunt for the children lead by the FBI. Authorities issued a court order for Lori Vallow to produce her children to the Idaho Department of Health and Welfare by January 30. Vallow never did, and an arrest warrant was issued.

On Thursday, Lori Vallow was arrested in Hawaii. The 46-year-old Vallow was charged with two counts of felony child abandonment. Madison County Prosecutor’s Office said a single felony count of desertion of a child could carry a sentence of 14 years in prison.

CRIMINAL COMPLAINT: Here are the full documents of charges against Lori Vallow. Besides two felony counts of desertion of a child, check out the details on the solicitation count. Lori allegedly told her friend Melanie Gibb to give police false info on JJ Vallow’s whereabouts. pic.twitter.com/m7kobAjEVb

Lori was also charged with resisting or obstructing police officers, criminal solicitation to commit a crime, and contempt of court.

The judge set Vallow’s bail at $5 million and said she was a flight risk. Vallow will be extradited back to Idaho to face the charges at a hearing on March 2. Authorities said Daybell was not arrested.

Lori Vallow has refused to waive extradition to Idaho. She will be back in court in Hawaii March 2nd.

Vallow and Chad Daybell fled Idaho and went to Hawaii. The couple were hiding in a hotel room in Kaua’i, Hawaii, which is the same town where Lori and her first husband resided in years earlier. Police said there was no indication that the missing children were on the island of Kauai.

Chad and Vallow got married in a beach ceremony in Hawaii in November, six weeks after Lori’s kids vanished and two weeks after Chad’s wife died.

The story gets even more dubious because Daybell’s longtime wife, Tammy Daybell, died in her sleep in October. Tammy’s obituary said the 49-year-old librarian who was in fit shape died from “natural causes.” The family declined an autopsy, and she was buried in Utah.

“Lori Vallow and Chad Daybell have signiﬁcant ﬁnancial resources,” wrote Lt. Ball. “I am aware that Chad Daybell received at least $430,000 in life insurance proceeds upon the death of his wife Tammy. As such, Lori and Chad have resources sufﬁcient to help them travel and hide from law enforcement and the court.”

Remember, Lori Vallow also believed she would be getting money from her deceased husband Charles Vallow. Instead he changed his policy before dying so the money would go to his sister. pic.twitter.com/RYXE1fSYJF

Authorities have since exhumed Tammy Daybell’s body, and toxicology reports have yet to be released.

It turns out that Lori’s husband also died under suspicious conditions. Charles Vallow was shot and killed on July 11, 2019, by Lori’s brother, Alex Cox. The homicide happened at the Vallow’s home in a suburb of Phoenix.

Cox told police that Charles attacked him with a baseball bat, and he shot Lori’s husband in self-defense. But before authorities could prove the guilt or innocence of Alex Cox, he too suddenly died. Cox died in his Arizona home from unknown causes on December 12, 2019. His death came less than two weeks after marrying Zulema Pastenes in Las Vegas. Toxicology reports have not been released yet.

Before Charles Vallows was shot dead, he filed for divorce. In court documents, Charles said he feared for his life, and that Lori would kill him. Charles alleged that Lori started believing that the apocalypse was coming, and she was involved in a doomsday cult.

According to court documents, Charles said Lori believed she was a god sent to prepare the world for an imminent apocalypse, which would happen in July. Lori thought she was “a god assigned to carry out the work of the 144,000 at Christ’s second coming in July 2020,” according to Charles.

Vallow reportedly joined the group, Preparing a People, which according to its website has a mission to “prepare the people of this earth for the Second Coming of Jesus Christ.” The group has since distanced themselves from Vallow and Daybell.

“We also do not share any of Chad Daybell’s or Lori Vallow’s beliefs if they are contrary to Christian principles of honesty, integrity, and truth, or if they do not align with the doctrines of The Church of Jesus Christ of Latter-day Saints.”

Coincidentally, Daybell is an author who has written several books about the end of the world. The books, as well as his podcasts, are loosely based on The Church of Jesus Christ of Latter-day Saints. There is an undertone of prepping people for end times and doomsday scenarios.

But that wasn’t the end of the attempted murders connected to the Cox family. Lori Vallow Daybell allegedly tried to recruit her niece, Melani Boudreaux, to subscribe to her alleged doomsday cult.

“Lori is who got Melani Boudreaux involved in all of this religious belief system,” private investigator Rich Robertson told Inside Edition. “It was all of this end-times, apocalyptic going down those rabbit holes that caused the marriages of both Lori Vallow and Brandon Boudreaux to collapse.”

On October 2, Melani’s ex-husband was shot outside of his home in Gilbert, Arizona. The bullets narrowly missed Brandon Boudreaux’s head “by inches.” Boudreaux believes that Alex Cox was the gunman in the drive-by shooting.

“On October 2nd, on my way home from the gym someone sat outside my home and shot a gun at me they hit my vehicle and missed my head by inches. I have reason to believe that this was related to all of the following events,” Brandon Boudreaux wrote on Facebook on December 21.

“Ok This story is about my wife’s cousin Joshua Jaxon (JJ) Vallow,” Brandon said. “Born in Lake Charles, LA. My wife’s aunt and uncle Charles Vallow and his wife Lori adopted him in 2013.”

Lori was a wonderful, loving, attentive mother,” the post read. “Things started changing over the past 18+ months when Lori began spending all her time with a new religious group, that we refer to as a ‘cult.’”

“My wife at this time Melani began spending a lot of time with this group, at the end of June she demanded a divorce claiming revelation about things that were not real and there was no evidence given just a claim of being told by the savior,” Boudreaux alleges in the Facebook post.

Other family members, including the children’s grandparents, said that Lori Vallow previously a great mother, but something snapped.

“If somebody two years ago would have said this is what’s going to happen with Lori, I never would have believed it,” said JJ’s grandfather Larry Woodcock. “I don’t know what caused this conversion. You don’t go from being mother of the year, mother of a special needs child, to being a person who won’t even tell you where she is at, where he is, where they are at.”

Last month, Woodstock announced a $20,000 reward for information leading to the discovery of the children.

The case of the missing children was one of the stories of a recent episode of Dateline.

Chad Daybell and his wife Lori Vallow have been in the headlines since his wife’s children went missing in the fall of 2019. Dateline spoke to Chad’s friends from his missionary days to find out about the Chad they knew… All-new #Dateline tonight at 9/8c. pic.twitter.com/B0uKzwNIIZ