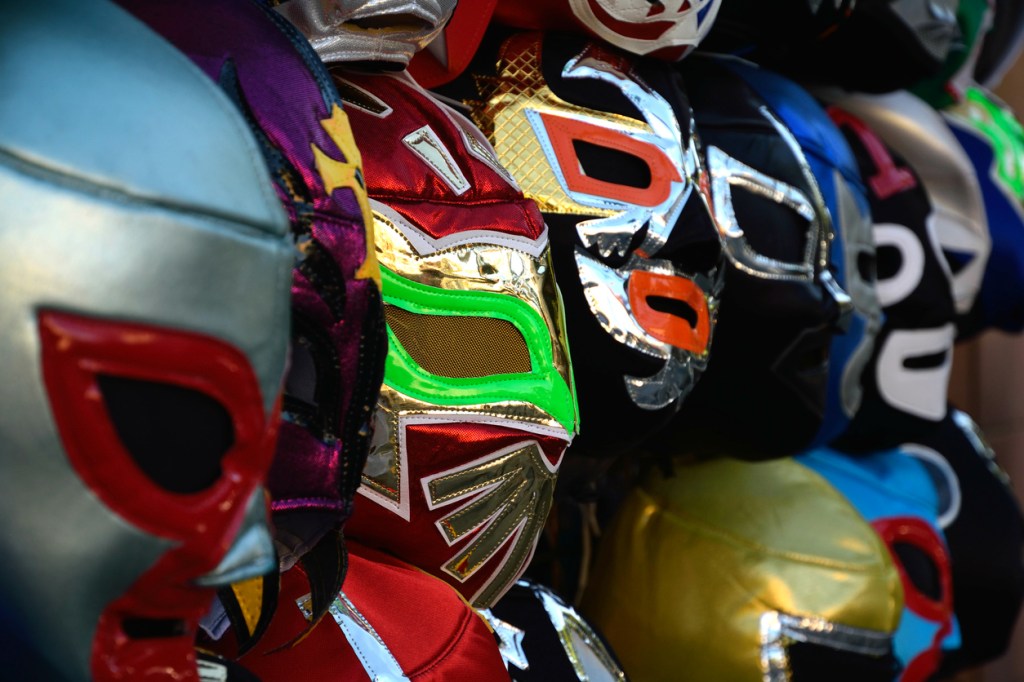 The world is changing rapidly. In a major twist of events, the United States seems to be rapidly improving by the day while Europe is going in the opposite direction in a hurry. We’re over a year into this global health crisis and it feels like no expert can reliably predict what things will look like a month from now.

What we know is the CDC suggests wearing masks as a means to fight the spread of coronavirus. They recommend ‘Universal Mask Wearing‘ and there has been an exhaustive number of studies done on this to show that it’s effective. Still, there are a lot of people out there who don’t want to wear masks and the Lucha Libre wrestlers of Mexico have something to say about that.

They are hitting the streets of Mexico City as the Anti-Karens and going around to put masks on people who are in crowded areas without masks. Admittedly, wearing a medical mask is not a great experience. It’s not a difficulty in breathing thing that bothers me (and I’m asthmatic), I just don’t like having something on my face all the time. But I wear one because it’s the best tool we’ve had/have to fight the spread. And now, after a year, I’m considering mixing up my mask game and wearing a Luchador mask:

The audio roughly translates to: “People look up at us. They are drawn to our masks. And I think it helps to make them slightly more responsible.” …. “It’s good because it teaches us to look after ourselves. It’s OK because they do it in a pleasant way, teaching us to look after ourselves. They caught some of us out right now, but we should wear face masks to avoid spreading it.”

I live in Florida which has never had a statewide mask mandate and for months the governor has blocked cities and counties from enforcing their own mandates by canceling any fines. But the only places I see anyone wearing masks in my hometown of Sarasota/Siesta Key are Publix, Target, and Whole Foods. I’ve had colleagues, friends, and relatives visit Florida over the past year from throughout the country and they all say the biggest difference is in Florida there’s no pressure from strangers to be wearing a mask. Given that Florida’s smack dab in the middle of per capita deaths and clearly there’s room for improvement, maybe a little Lucha Libre-style peer pressure could be good around here for another month or two. Throughout all of this, we’ve never had any nationwide PSAs from recognizable faces asking people to act accordingly and it feels like the USA is the only country that never did that.

Inevitably, I’m going to get people in the comments calling this ‘virtue signaling’ but all I’m really trying to express here are two things. 1) If everyone cared just marginally more about their neighbors and strangers we’d be a lot better off a year into this pandemic and the second one I didn’t even mention above because I’ve already ranted too much but 2) If we could get some famous pro athletes to start telling fans to lock it up for a month or two we’d be improving in a hurry.

Also, I have a really conflicted relationship with the word ‘Karen’ when it’s used to describe an entitled woman screaming for the manager over nothing. It’s been one of the most popular terms over the past year and it exploded onto the scene last March, approximately two months after I lost my own mother who was named Karen. I find myself always laughing at what it would’ve been like trying to explain the phenomenon of ‘Karen’ to her and how her name got co-opted overnight by the masses and it actually brings me joy imagining how she wouldn’t have been able to process the whole situation. Anyway, that’s my two cents on the usage of ‘Karen’ these days.