‘Major League Dreidel’ Exists And The Videos Are Absolutely Electric 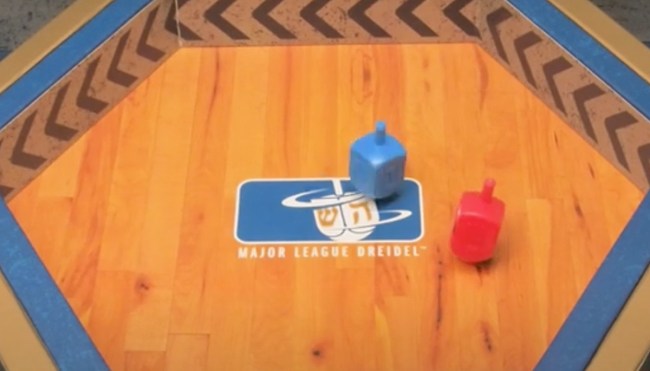 In 2017, ESPN decided to make a throwaway joke from the movie Dodgeball a reality when the network temporarily transformed ESPNU into ESPN8—a.k.a. “The Ocho”—and treated viewers to a marathon of various sporting events united by one central theme: their ability to make you think, “Wait, that’s a thing that exists?”

“The Ocho” has since become an annual tradition that has featured lightsaber duels, marble racing, and people playing ping pong with their heads. Now, I’m not entirely sure who’s tasked with selecting which unconventional competitions end up making the cut, but with that said, I would implore them to consider an absolute electric factory that’s just popped up on my radar: Major League Dreidel.

For the uninitiated, dreidel is a time-honored Hanukkah tradition that involves players spinning a four-sided top emblazoned with Hebrew letters that determine how the central pot is distributed amongst those involved (it’s largely a game of chance, but there are some ways to gain a potential edge).

However, as I recently discovered while aimlessly browsing on Reddit, a group of dreidel enthusiasts opted to take things to the next level over a decade ago when they founded “Major League Dreidel,” which has routinely hosted events that have produced highlight reels featuring players who’ve adopted names like “Juspin Bieber” and “Spincess Leia” that don’t have any business being as exciting as they are.