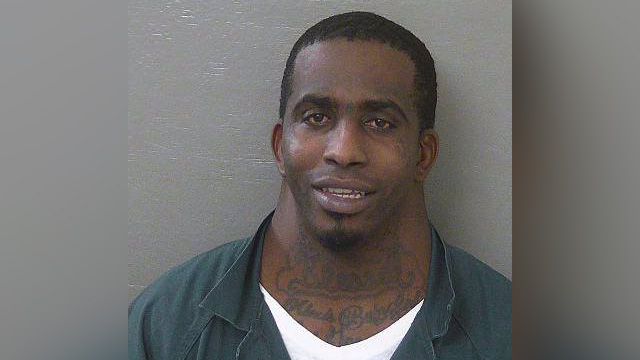 Charles Dion McDowell was recently arrested on several drug charges, including possession of meth, possession of cocaine, possession of marijuana, and fleeing police. For the 31-year-old, going to jail was not the worst part about his arrest. The worst part came on Tuesday when the Escambia County Sheriff’s Office posted McDowell’s mugshot on Facebook. They knew what they were doing and it had nothing to do with crime prevention. That’s because Charles Dion McDowell has a neck that you couldn’t even replicate on Photoshop.

The Facebook comment section turned into the biggest and harshest roast session in the history of humanity. There are COMMENTS that received over 123,000 LIKES. This absurd mugshot photo would be a hard pill to swallow for most people but not for Charles.

But the abuse didn’t stop on Facebook, sadly for McDowell he also got obliterated on Twitter too with jokes and memes.

Why Charles Dion McDowell look like the bully from SpongeBob😂💀 pic.twitter.com/nZDX70xJQL

Somebody tell Charles Dion McDowell to give Godzilla his neck back. #neckgamestrong pic.twitter.com/W7yrUWXFx0

u prolly gotta lot of weight on ur shoulders but i know u have some greater potential in life. Like maybe u can get sponsored by mucinecks, or that necktarine company.. U got options. Think abt that necks time. The interneck is filled w/ great opportunities pic.twitter.com/3nKy2kZUR5

Why Charles Dion McDowell look like a Monstar 😂💀 pic.twitter.com/iV6VXgCGAr

To their credit, the Escambia County Sheriff’s Office really bonded with the community by releasing the mugshot with the ludicrous neck.