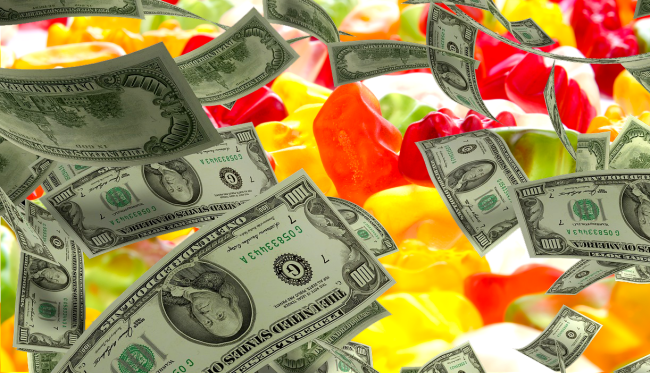 A man who found and returned a $4.7 million check to the candy company Haribo was rewarded for his honesty with… six bags of gummies.

The man, Anouar G from Frankfurt, Germany, said he was returning from a visit to his mother’s when he saw a $4.7 million check fluttering on the train platform, The Independent reports.

“There was such a large sum on it that I couldn’t even pronounce it,” he told German tabloid Bild.

Not knowing what else to do, Anouar contacted Haribo, whose headquarters are in Grafschaft, Germany, to let them know what he had found.

A lawyer from the company then got back to him and asked him to destroy the check and send them photographic proof that he had done so. So he did.

The man who found the $4.7 million check made out to Haribo was disappointed with his reward

A few days after doing as the Haribo lawyer asked, Anouar said he received a box from Haribo as a thank you for finding and destroying the $4.7 million check.

Inside the box was six packs of Haribo gummies.

“I thought that was a bit cheap,” Anouar told Bild.

When Haribo heard about his complaint, they responded, “Since it was a named check, nobody but our company could have redeemed it,” adding, “it was our standard package that we send as a thank you.”

Naturally, the man’s story has caused quite a stir on social media.

“People saying he couldn’t cash it… I’m changing my name to whatever the name on that check is for $4.7MM,” another person joked on Twitter.

Me walking in the bank pic.twitter.com/RuLVifMhQT

“The real question is what happened to the dude who dropped the check?” someone else asked.