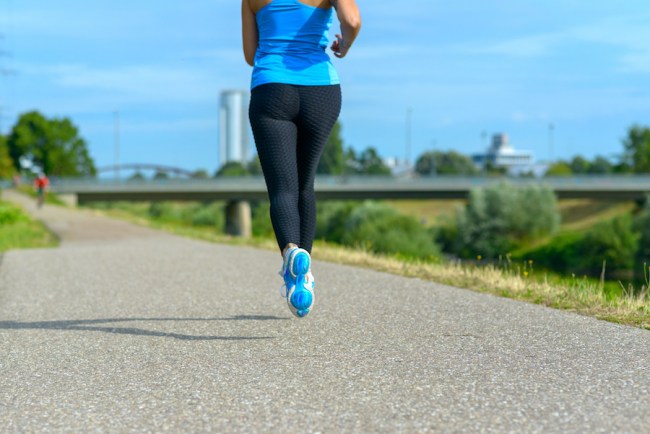 Roughly a year ago, I ran a half-marathon alongside one of my closest friends. We made zero plans in regard to running the entire together, it just kinda happened since we both run about the same pace.

We finished at the exact same time. Our wedding will be this Spring.

I’m kidding, but the point to my story is that we obviously feed off each other’s energy during the race.

Running a race with a partner helps, especially when you’re hitting a wall, feeling intense pain, or just want to quit.

Four miles into the Beaver Canyon Marathon in Beaver, Utah, runner Carrie Kelley was hurting and wanted to quit.

Kelly was in the middle of her 69th marathon with a goal to run 100 in her life.

Kelly was struggling with a pinched nerve but decided to entire the race anyway, having missed four marathons in 2020 for various reasons.

“I had already paid, and I thought I might as well go down and see if I can a least do 13 miles,” she told Runner’s World. “My docs said I might have to stop [running] if I have back surgery, but I want to do 100 [marathons]. I’ve been running marathons for 18 years and don’t want to stop running.”

A few miles into the race, Kelley found herself struggling and in dead last.

Four miles in, she turned around and saw a sheriff’s vehicle with flashing lights and a clean-up crew of inmates from the Utah Department of Corrections on a work release.

The crew saw her struggling with pain from her pinched nerve and from stomach issues that she developed during the race. That’s when one of the inmates, Fidel Ybarra, decided to step in to join her.

Ybarra told Runner’s World that he couldn’t really explain what made him start running with Kelly but that he “saw a little bit of myself and other inmates in the situation.”

“I could tell how much she enjoyed running,” Ybarra said. “I felt like I could not let her finish the marathon alone.”

Ybarra started running behind Kelley, followed closely by a sheriff’s officer in a truck, and around mile 10 the inmate caught up with Kelley.

Ybarra stuck with Kelley the entire 22 miles and the experience might have inspired the man to become a runner.

“I did not know that once I started running, 22 miles later we would cross the finish line,” Ybarra said. “I could have stopped and jumped in the work van with the deputy that was following us, but something kept me going. I feel like by the end I was in more pain than her, but the feeling of accomplishment was more than I can describe in words.”

Kelley crossed the finish line with a time of 6:36:23, and the two embraced for a big hug and kept in touch.

Ybarra then went back to his crew and finished working.