Marijuana Use By Senior Citizens Is Sky High 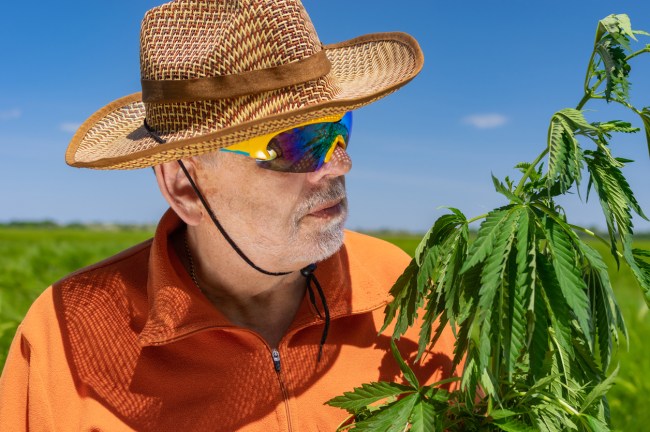 Old people are blazing up. Showing up to their weekly bridge games stoned off of Sour Diesel. Popping edible gummies between turns during their senior citizen home’s shuffleboard tournament. Old geezers are embracing the weed life according to a new study.

The Journal of the American Medical Association (JAMA) published a paper titled “Trends in Cannabis Use Among Older Adults in the United States” on Monday. The study found that marijuana use amongst senior citizens is quickly rising in the past few years.

Marijuana use by American adults who are 65-years-old and older was nearly non-existent in 2006, only 0.4 percent smoked the wacky tobacky. But by 2015, the number of old fogeys toking weed was up to 2.4 percent. By 2018, the number of senior citizens feanin’ for that sticky icky nearly doubled to 4.2 percent. Way to go grandma!

Researchers at the New York University School of Medicine analyzed data from the 2015 to 2018 National Survey on Drug Use and Health. Other groups saw a rise in marijuana use from 2015 to 2018, including women, racial or ethnic minorities, and college-educated, and those who had mental health issues.

So is it true that your pop-pop is getting high for his glaucoma or to give him the patience to sit through hours of watching his grandkid’s TikTok videos?

“I find it fascinating that people who would never touch an illegal drug are now trying to get it, even if it’s just for medical purposes,” said study co-author Joseph Palamar, an associate professor of population health at NYU Grossman School of Medicine.

“What I’m seeing in my clinic are a lot of older adults who are very curious about cannabis to treat this or that chronic disease and symptoms,” said Dr. Benjamin Han, an assistant professor of geriatric medicine and palliative care at NYU Grossman School of Medicine, co-author of the paper.

“Marijuana use among seniors is not bouncing up and down like with other drugs,” Palamar said. “It’s a straight line up.”

So when you visit your nana at the nursing home, bring some OG Kush for the geriatrics playing Parcheesi in the game room.