Mark Hamill Is Not Thrilled With This New ‘Star Wars’ Trilogy And Its Handling Of Luke, Leia, And Han 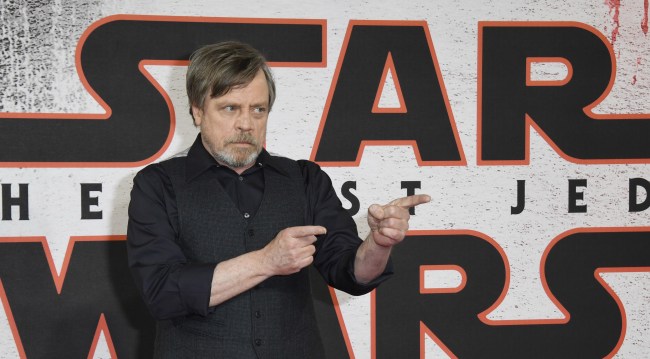 If you are one of the many people who has been pretty ambivalent or even downright upset about this latest batch of Star Wars movies, you’re not alone. Luke Skywalker hisdamnself, Mark Hamill, can also be counted amongst that group.

One of the main sticking points for many has been the handling of the iconic characters of Luke Skywalker, Princess Leia, and Han Solo.

The fact that the three characters were never given a chance to reunite on-screen for the first time since 1983’s Return of the Jedi in this new trilogy has definitely irked many fans. Throw in the fact that there’s now ZERO chance for that to happen after the events of The Force Awakens and The Last Jedi and it’s made even worse.

He remains shocked by Han Solo’s fate: slain by his own son and Luke’s nephew, the powerful Dark Side warrior Kylo Ren (formerly known as Ben Solo) in the sequel trilogy’s opening instalment, The Force Awakens.

“I just thought, Luke’s never going to see his best friend again. You look at it in a self-centred way. I said that it was a big mistake that those three people would never reunite in any way. I guess I was wrong, because nobody seems to care! I have to stipulate that I care, but it didn’t really seem to affect the larger audience. Luke, Han and Leia will never be together again, and I’ll probably never get to work with Harrison again. Then the second thing was that they killed me off. I thought: oh, okay, you should push my death off to the last one. That’s what I was hoping when I came back: no cameos and a run-of-the-trilogy contract.

“Did I get any of those things? Because as far as I’m concerned, the end of VII is really the beginning of VIII. I got one movie! They totally hornswoggled (tricked) me.”

He also doesn’t understand why the studio is in such a hurry to crank these new Star Wars films.

“In our day, it was three years apart. Now they’re two years apart, with an independent movie (Rogue One, Solo) in between,” Hamill related. “I say to the say to the executives at Disney, ‘Really? Han Solo five months after our movie? Give it a rest!’ They say, ‘Well, we have to keep the schedule clear for Mary Poppins.’ But I can be mouthy, because you know, what are they gonna do, fire me?”

He’s made his peace with any unfulfilled expectations.

“Listen, I never expected to come back. We had a beginning, a middle, and an end. That’s what I said: why mess with it? It’s not something that worries me, because it’s all about the new generation, as it should be.”

Some changes had to be made, however.

“They had me walking by 3PO, not even acknowledging him. I said: “I can’t do that! He (The Last Jedi’s director, Rian Johnson) said, “Okay, go over and do whatever.” So I went over, and I did whatever. They say it in the script: ‘Forget the past, kill it if you have to,’ and they’re doing a pretty good job!”