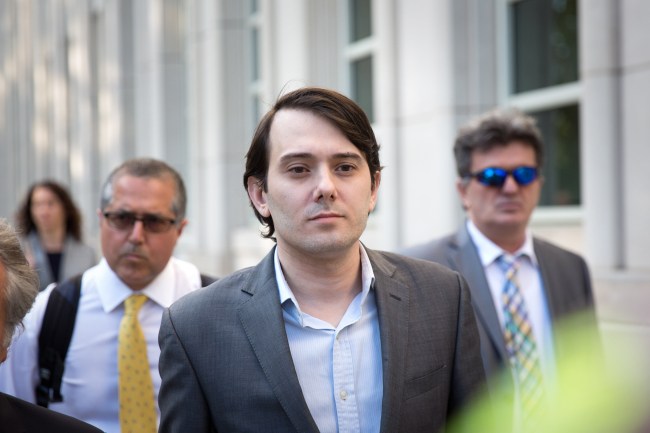 Some of you read the headline and have a reaction of, “WTF?!?!?” Others of you fine readers may think the headline is clickbait, but this is 2017 and this really did happen. Let’s try to understand how we got here. On December 17, 2015, Martin Shkreli was arrested by the FBI after a federal indictment that charged him with securities fraud. Shkreli resigned as CEO of Turing Pharmaceuticals, which is the company Martin Shkreli headed that brought him onto our radar when he raised the price of Daraprim from $13.50 to $750 a tablet in September of 2015. The charges, however, stemmed from an investigation into his tenure at MSMB Capital Management and Retrophin where he was accused of running a Ponzi-like scheme.

Fast forward to Wednesday where a federal judge revoked Shkreli’s bail after the former pharmaceutical executive posted a Facebook status update that offered $5,000 to anyone who could grab a strand of Hillary Clinton’s hair.

At a hearing at a Brooklyn federal court on Wednesday, Judge Kiyo Matsumoto of the Eastern District of New York ruled that Shkreli must go to jail for the bizarre Facebook post asking for a strand of Hillary Clinton’s hair because the judge said the pharma exec “demonstrated that he has posed a real danger.” Shkreli’s lawyer Benjamin Brafman called it a “stupid” Facebook post, pleaded for nearly an hour, and said it was “not going to happen again.” The 34-year-old Shkreli apologized for hair bounty post that reached his 70,000 Facebook followers and said he used “poor judgment” with “my awkward attempt at humor” and called it “satire.”

Judge Matsumoto shut down Shkreli’s pleas and said his Facebook post “is a solicitation of assault. That is not protected by the First Amendment.” “The fact that he continues to remain unaware … of the inappropriateness of his actions or words demonstrates to me he may be an ongoing danger, or risk to the community,” Judge Matsumoto said. “I”m going to remand Mr. Shkreli.”

Shkreli was taken into custody by two deputy U.S. Marshals just after 6 p.m. on Wednesday.

“We are obviously disappointed,” Brafman told reporters. “We believe the court arrived at the wrong decision but she’s the judge and right now we will have to live with this decision.” “It’s unfortunate. It was unfortunately avoidable, but the judge has ruled and she’s the judge,” the lawyer said.

Now Shkreli will be held in a federal jail at the Metropolitan Detention Center in Brooklyn until his sentencing on securities fraud charges begin on January 16.

Update: The judge did not accept Martin Shkreli's apology.
(And ordered that Shkreli be detained.) pic.twitter.com/oeyBtpK0Ot