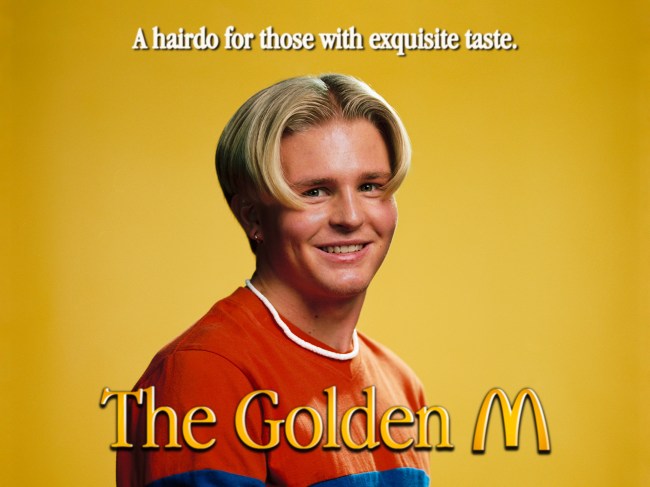 Another way to interpret this is someone’s a 90’s baby if they had a Butt Cut in the 90s. Gen X was too old and jaded to get onboard with the Butt Cut trend and people born in the mid-to-late 90s DGAF about that haircut split down the middle, famously worn by celebrities like Nick Carter of The Backstreet Boys and all of the sons on Home Improvement. You got bonus points if you were blonde. The Blonde Butt Cut was it.

Well, McDonald’s is bringing back the Butt Cut but calling it ‘The Golden M’ as a nod to McDonald’s Golden Arches. Unfortunately for any Americans looking to get down with The Golden M haircut, the McDonald’s pop-up barbershop is opening up in Sweden. However, every barbershop in the USA is more than capable of doing this haircut for you and I’m sure you could get a barber to meet you in a McDonald’s parking lot if you cared to.

They’ve released a bunch of stills along with a trailer for the pop-up barbershop: 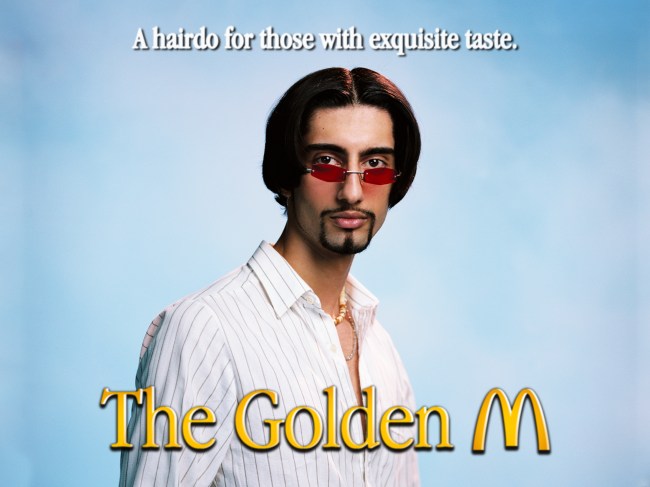 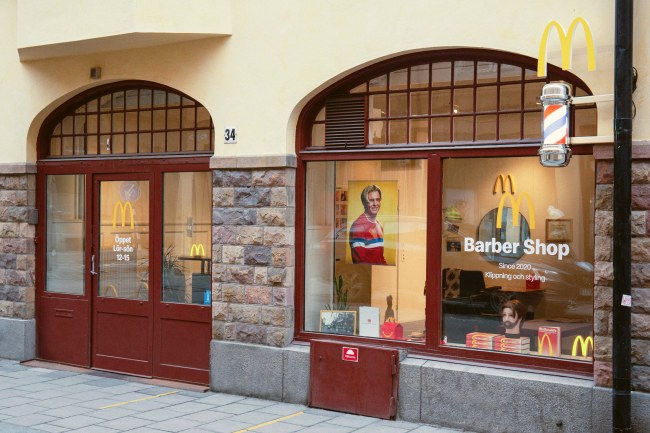 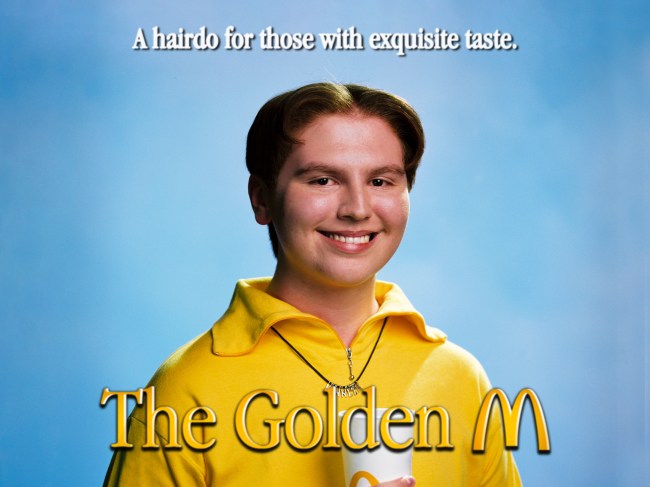 McDonald’s Sweden has opened up the world’s first Golden M Barber Shop in Stockholm, which specializes in helping people trim their own “The Golden M” hairstyle.

“When we realized that people were wearing our Golden Arches, we had to act,” said Staffan Ekstam, the marketing director at McDonald’s Sweden. “We started the M Barber Shop not only to guard our Golden M, but also to claim it once and for all. The salon is a celebration dedicated to our beloved ambassadors — a helping hand to guide them on how to keep their M’s in perfect trim, even when we can’t move around as freely as we usually can.”

Within two hours of the digital launch, all salon appointments with influencer hairstylist Adam Lukacs were fully booked, a press release shared. (via)

I’ve had two haircuts since January. My lettuce has gotten unruly. Your boy is long overdue for a haircut. Next week is my week. Dare I go for the Butt Cut? I’ve got the foundation for it but I’m more of a side-part guy.

There were virtual sessions where people learned tips on cutting hair and styling, and anyone with a Golden M haircut could then show up at the Mac Deezy for a free Big Mac using the McDonald’s ‘Golden M Detector’ app which might be the low point of technology in the modern world.

For more on this pop-up barbershop, you can head on over to Fox News.