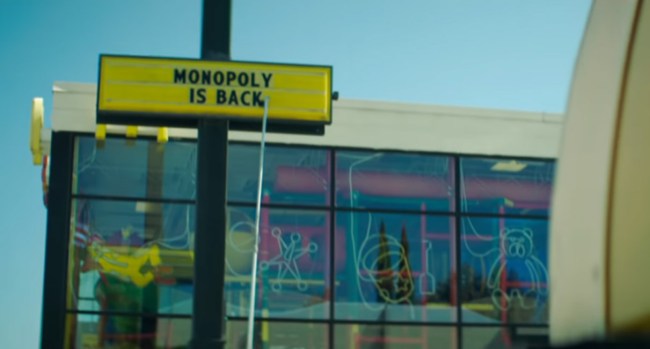 For many years, beginning in 1987, one of, if not the most popular promotions fast food behemoth McDonald’s ran was its annual Monopoly game.

Consumers all over America would attempt to collect game pieces representing the various properties the appear on the board game. Typically, the highest prize, usually $1 million, went to whoever could collect both Boardwalk and Park Place.

In the year 2000, however, the promotion was stopped because it was discovered that the Chief of security, Jerome P. Jacobson of Simon Marketing, the company McDonald’s had subcontracted to handle the promotion, was removing the most valuable game pieces before they were released and doling them out to people he knew who would then turn them in for cash prizes and share the winnings with him.

Jacobson’s circle of scammers ended up winning almost all of the top prizes including cash and cars between the years of 1995 and 2000, collecting over $24 million worth of winnings.

In 1995, St. Jude Children’s Hospital received letter containing a $1 million winning game piece from an anonymous donor which turned out to be Jacobson. Despite the rules stating prizes could not be tranferred from one person to another McDonald’s paid the hospital the $50,000 annuity payment until it was completed in 2014.

21 people ended up being indicted, including members of the Colombo Mafia family. Jacobson ended up pleading guilty to three counts of mail fraud and served three years in prison for his efforts.

This documentary series chronicles the stranger-than-fiction story of an ex-cop turned security auditor who rigged the McDonald’s Monopoly game promotion for a decade, stealing millions of dollars and building a vast network of co-conspirators across the U.S. The series draws on exclusive firsthand accounts and archival footage, featuring: the FBI agents who brought down the gaming scam; McDonald’s corporate executives, who were themselves defrauded; the lawyers who tried the case; and the culprits and prize winners who profited from the complicated scheme, as well as the individuals who were often unwittingly duped into being a part of the ruse.

The story would be too far-fetched to believe if it weren’t true.

In addition to McMillions (the first trailer can be viewed below), Ben Affleck and Matt Damon’s Pearl Street production company has secured the rights to turning the wild story into a feature film.