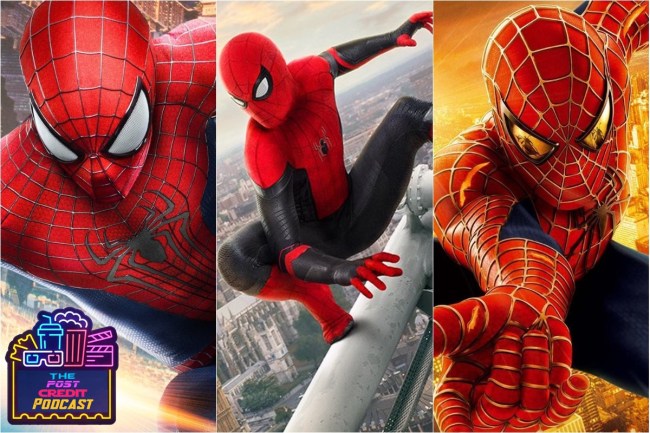 In the last seven days alone, fans of the Marvel Cinematic Universe have been treated to two gigantic pieces of news, as it’s been confirmed that Jamie Foxx’s Electro — yes, the one from Andrew Garfield’s Amazing Spider-Man franchise from the 2010s — and Benedict Cumberbatch’s Doctor Strange will be appearing in the still-untitled third film in the ‘Spider-Man’ franchise, which is set to begin shooting in Atlanta this month.

With the introduction of the quantum realm in Ant-Man and the Wasp and Avengers: Endgame, and the upcoming reality-bending WandaVision, it’s become clearer than ever that the Marvel Cinematic Universe is about to fully lean into the multiverse, which is a development that should excite all fans of the franchise.

What the multiverse effectively does is open the flood gates to the comic book world, as it’s one of the heaviest influences on comic books these days. With the ability to hop between different worlds and different realities, the MCU is now not only able to tell different and unique stories (for example, the DCEU being able to put Joker and The Batman in their own universes) but possess a narrative tool that will allow them to introduce iconic Marvel characters such as the X-Men, Fantastic Four, and Deadpool, who’ve been famously — and within the context of the MCU, conspicuously — missing for the last 12-years. For example, how do you explain mutants suddenly popping up within the continuity of the MCU? Easy! The multiverse! How do you explain Jamie Foxx’s Electro suddenly appearing in Tom Holland’s Queens? Easy! The multiverse.

And if the MCU is building a bridge to Electro’s world, then that means Andrew Garfield’s Spider-Man is on the other side of it, which — in my humble opinion — almost guarantees his appearance in Spider-Man 3. How could Electro possibly be traversing dimensions without his own version of Spider-Man, Garfield’s, hot on in tail?

Then, you factor in Doctor Strange’s appearance in Spider-Man 3, which signals even more multiversal chaos given that the Sorcerer Supreme’s very own sequel is titled Doctor Strange in the Multiverse of Madness and is set to be directed by, that’s right, Sam Raimi, the man behind the original and iconic Tobey Maguire-starring Spider-Man franchise.

All of these factors combined contain far too many connections to be simply chalked up as coincidence. Plus — and this is the almighty rule here — a live-action film starring more than one Spider-Man would be an absolute behemoth at the box office. The first two films were able to clear $1 billion at the box office as is, so you could only imagine its potential if it were to bear the distinction of being the first live-action superhero movie to feature two (or three) of the same hero. Imagine, just for a second, how cool it’d be if the setting of Spider-Man 3 was Sam Raimi’s version of New York City.

At this time, the still-untitled third film in the MCU’s Spider-Man franchise is set to hit theaters in the United States on December 17, 2021. Doctor Strange in the Multiverse of Madness, on the other hand, will hit theaters on March 25, 2022.