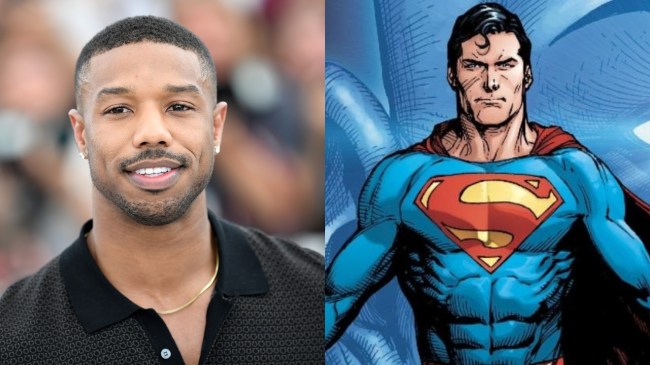 Currently in the midst of a hot streak off the back of the rampant box-office record-smashing success of Joker, Warner Bros. is looking to continue their upward trend when it comes to their DC Comics properties.

According to an exclusive report from Variety, Warner Bros. is currently planning a multitude of different projects now that they’ve seemingly found their footing following hits such as of Wonder Woman, Aquaman, Shazam!, and Joker.

The report states that — in addition to the upcoming releases of Birds of Prey and Wonder Woman 1984 and the upcoming productions of The Batman and Black Adam — Warner Bros. is also planning a bevy of new projects that includes a new Superman, a new Green Lantern film, a Batgirl film, and more.

To help find a way to make Superman relevant to modern audiences, studio brass has been polling lots of high-profile talent. There have been discussions with J.J. Abrams, whose company Bad Robot recently signed a massive first-look deal with the studio, and there was a meeting with Michael B. Jordan earlier this year with the “Creed” star pitching Warners on a vision for the character.

However, Jordan isn’t ready to commit to taking on the project since filming doesn’t seem likely to happen for several years and he has a full dance card of projects. Insiders think that a new Superman film is unlikely to hit screens before 2023, given that there’s no script and no director attached. [via Variety]

The Variety report is full of massive bombshells so we’re just gonna go ahead and bullet-point the biggest ones for you:

-Despite 2011’s high-profile bomb, the studio is prioritizing Green Lantern Corps with Geoff Johns set to turn in a script by the end of the year. J.J. Abrams production company Bad Robot could be involved.

-The studio expects Birds of Prey to be potentially R-Rated. Additionally, recent reshoots “dramatically improved test screening results” and the studio expects the Margot Robbie-led film to be a hit.

-They also expect James Gunn’s The Suicide Squad to be rated R.

-Warner Bros. still has faith in and is, therefore, moving forward with Ezra Miller’s version of the Flash, with IT director Andy Muschietti attached.

-The studio “is currently looking for a director for “The Trench,” a spinoff about a group of vicious undersea creatures who played a supporting role in Aquaman.

-A script for a “Batgirl” film will be in the works soon.

With a run of good form now under their belt, Warner Bros. will look to continue that upward trajectory in 2020 with Birds of Prey being released on February 7 and Wonder Woman 1984 dropping on June 5. Then, the following year, The Suicide Squad, Black Adam, and The Batman are all set to be released.