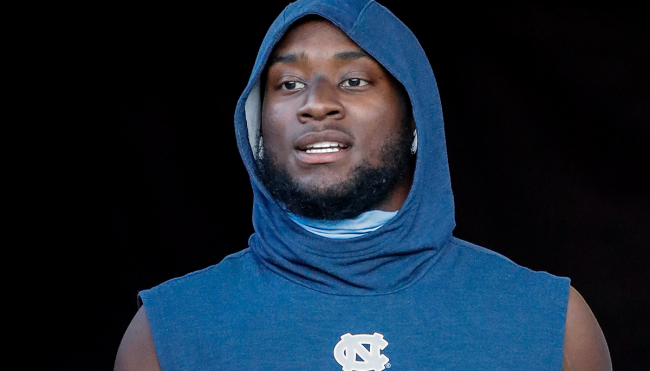 Last week, hundreds of guys who’ve devoted their lives to football got one step closer to the ultimate dream of playing the sport professionally during the NFL Draft.

Most players would tell you that simply having their name called by any team is the ultimate honor, and it’s kind of hard to complain about who’s signing your checks when you consider how much they’re usually made out for. With that said, you have to assume most of them would prefer to be signed by a competitive franchise or one that’s located in a place you’d actually want to live; I can’t imagine Trevor Lawrence would’ve willingly taken his talents to Jacksonville if given the choice.

The Jets may not be much of an upgrade from the Jaguars when it comes to their impressive ability to make their fans hate their decision to become emotionally invested in their success, but I’d argue getting to live in New York City if you’re on the roster is a pretty solid consolidation prize.

It appears that’s where University of North Carolina running back Michael Carter will be relocating to after he was scooped up by the Goddamn Jets in the fourth round. On Sunday, the former Tarheel posted a picture of a couple of gifts his family got him to get him ready for the move to The Big Apple, where he’ll be able to arrive rocking the Official NYC Uniform of a fitted Yankees hat and a pair of Timberlands.

my fam think they funny 😒 pic.twitter.com/qiQ9VBGwhm

That is a deadass great present, b. Facts.