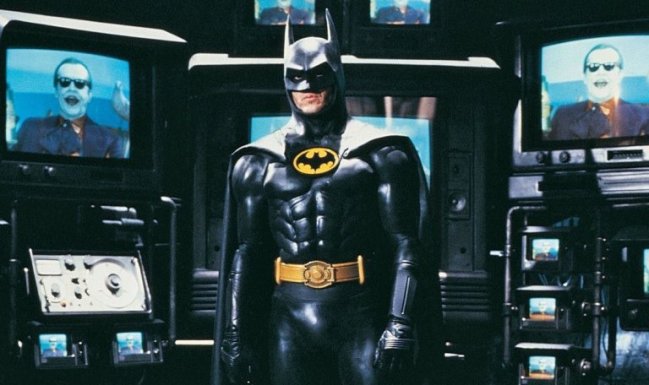 After 30 years away from the role, the legendary Michael Keaton will be returning to the role of the Dark Knight later this year in The Flash. Not only that, but recent reports indicate he’ll also be in the HBO Max film Batgirl, which suggest that Keaton’s iconic version of the Caped Crusader will be the DCEU’s main Batman, at least for a little while (he is 70-years-old, after all).

While Keaton famously starred in 1989’s Batman and 1992’s Batman Returns, he could’ve returned for Batman Forever — which ultimately saw Val Kilmer take over the role of Bruce Wayne — but decided not to. But why did Keaton walk away from such a beloved role and lucrative paycheck? Because he didn’t feel like incoming franchise director Joel Schumacher understood the character, he recently told In the Envelope: The Actor’s Podcast.

“It was always Bruce Wayne. It was never Batman. To me, I know the name of the movie is Batman, and it’s hugely iconic and very cool and [a] cultural iconic and because of Tim Burton, artistically iconic. I knew from the get-go it was Bruce Wayne. That was the secret. I never talked about it,” Keaton said.

“Batman, Batman, Batman does this, and I kept thinking to myself, ‘Y’all are thinking wrong here.’ Bruce Wayne. What kind of person does that?… Who becomes that? What kind of person?” I remember one of the things that I walked away going, ‘Oh boy, I can’t do this’. He [Schumacher] asked me, ‘I don’t understand why everything has to be so dark and everything so sad,’ and I went, ‘Wait a minute, do you know how this guy got to be Batman? Have you read… I mean, it’s pretty simple.'” [via In the Envelope: The Actor’s Podcast]

Keaton’s decision was ultimately vindicated, as the quality of the Batman franchise suffered a precipitous dip in quality once Schumacher took over for Tim Burton, culminating in 1997’s infamously awful Batman & Robin, which forced Warner Bros. to put the character on ice until Christopher Nolan resurrected him eight years later with Batman Begins.

At this time, Keaton’s return as Batman is set to commence when The Flash hits theaters in the United States on November 4, 2022. In addition to marking Keaton’s return, The Flash will also feature Ben Affleck’s final performance as Bruce Wayne.