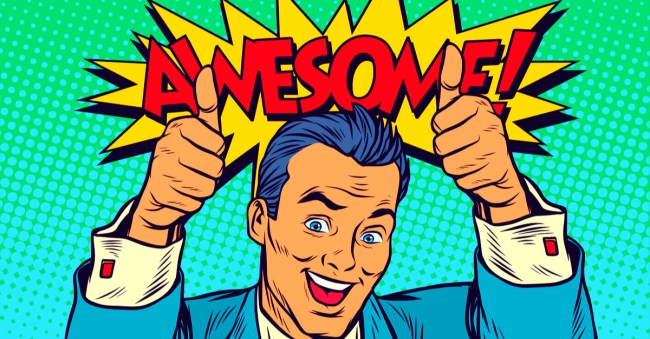 A middle school student is being hailed a genius by the internet after she started a meme in real life that was absolutely perfect. In fact, it worked so well that despite the fact that it happened offline it still went viral on the internet.

This genius tween’s meme went viral because writer B.N. Harrison went into great detail sharing one of the most entertaining Twitter threads we’ve seen all year.

The seventh grader, who asked to be called Max in the story, accomplished this feat by simply trying to mess with her middle school math teacher’s head. And she did it with one simple, non-nonsensical phrase: “Save $500 on bread this year–click here!”

Get ready to meet your future leader of the free world…

"My math teacher is low-key terrified of all of us," the tween in my house told us tonight at dinner.

And then she explained why. (thread)

So, apparently, about a month ago, the tween (who asks to be known to you as Max) decided to start an active, participatory meme amongst the entire seventh grade.

Max, who apparently has unnatural, cult-like leadership qualities, persuaded a core group of friends to whisper this phrase to everyone they saw at school one afternoon. And they complied. All the 40+ 7th graders in her middle school.

How did she come up with this phrase?

From the teeming maw of creative chaos that is her brain. It's not a reference to anything. It is purely random. An act of reckless dadaism.

It took about a month for the phrase to achieve complete group saturation.

At the end of the month, one of the 7th graders–Max doesn't know which one–wrote this phrase down on a piece of paper, and placed it on their math teacher's desk before class one day.

Now, at this point, it's just funny in the normal way. Students decide to confuse their teacher by flaunting an in-joke. Happens all the time, I'm sure. Teachers get used to being mystified by their students.

Max and the other 7th graders come into math class one day, and the teacher puts the note up on the overhead projector.

The children are silent.

He gestures toward the screen. "So…what does this mean?"

The 7th graders burst into laughter.

"No, seriously, one of you needs to explain this," he says.

And the class falls silent. Because… you know.

There is no explanation. Except that Max is both random and charismatic and apparently they all do her bidding.

See what I mean about Max being the future leader of the free world?

Max stands up at her desk. She stands very straight and tall (she demonstrated for me and her mom at the dinner table) and places one hand behind her back.

"Kind of like when you put your hand over your heart for the Pledge of Allegiance," she explains to us.

She then proceeds to read the note from off the overhead projector, in a solemn, declamatory manner.

(and keep in mind, this was, in no way orchestrated in advance)

all the other kids put their hand behind their back.

"At what point, exactly, did they do this?" I ask, when I can breathe again after laughing for approximately 20 minutes.

The students are quiet. Staring at their math teacher. Max is still standing. The teacher stares back.

And then, quietly, Max sits back down, and her followers resume normal posture.

"What did your teacher do then?" I ask, breathless with fascination and admiration.

Apparently, he then phoned the front office to apprise them of the situation.

"So they could call kids to the office and ask them questions."

"Because it could be taken as a threat or some shit? I don't know, my school's weird."

Many adults in school administration see kids as chaotic elements that must be rigidly controlled or else everything will fall to shit. Any "unusual" behavior worries them and makes them act like tyrants.

But here is what is hilarious to me:

The principal might ask questions. They might get some kids to tell them that some other kid passed them a note that said "Save $500 on bread this year".

But nobody–nobody–is going to be able to explain to the administration or the teachers what happened that day.

It wasn't planned. At all. Max was improvising the entire time, and the other kids just…followed her lead.

Students passing a note around is normal.

Students spontaneously acting on the cue of one of their peers is not normal.

Max is not normal. Max is a fucking genius.

Max is a fucking genius.

Even I might be willing to admit, from a school administration standpoint, that it is slightly…concerning that one 12-year old can effortlessly bend THE ENTIRE SEVENTH GRADE to her will.

But. *whispers* that's the part of the story they'll NEVER find out about.

No matter what questions they ask, no matter who's willing to talk to them…

what are those kids going to say?

"Max did a thing, so…we all just did the thing."

Imagine a middle school administrator of average intelligence and no particular creativity, trying to wrap their heads around this situation.

I would feel sorry for them but I'm too busy laughing my fucking ass off.

*after reading Max your comments*

Me: "I thought you said you didn't want your picture online?"

Max: "This is different–people need to know who I am!"

Max is the hero we deserve, but not the one it needs right now. See you when you’re old enough to run for public office, Max.

Oh man, I can’t get over how magnificent this is. Also, I am slightly afraid, but in a good way. https://t.co/J55JwX4EAP

You know… I'm writing a termpaper on future infosec jobs, and I've gone so far down the rabbit hole now that if it is okay with "Max", I think I'm going to use that picture and hashtag with a link to this story, as the End Note.

I foolishly shared this thread with my 14 year old. Max has infiltrated Australia.

I see greatness ahead for Max! Also, things like this confirm 2 truths: never underestimate the power of a small group of united people, and tweens are more powerful and fascinating than we generally give them credit or opportunity.

Dear Max,
I am a teacher with 12 years of experience.

AND YOU ARE MY HERO.