mike’s HARDER Just Launched A Contest With Migos With A $20,000 Cash Prize 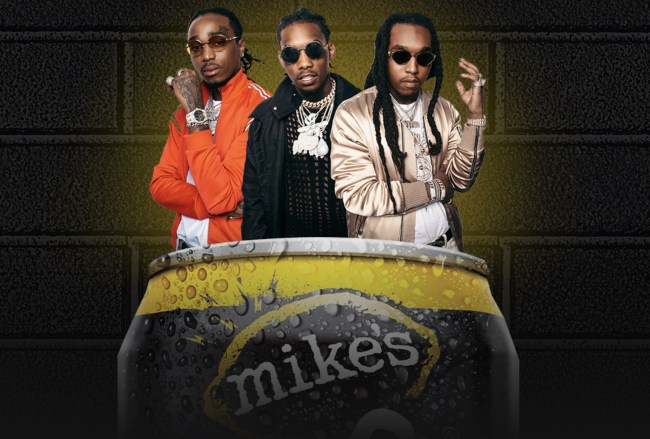 Starting today, November 19th – December 31st, fans can enter the contest for their chance at a prize package that includes a $20,000 stack and an epic trip for two to “go HARDER like Migos.”

Along with the $20,000, the winner will get to hang with the Migos crew in Atlanta for an NBA game, along with winning HARDER bling.

Here’s how you to it, according to the official press release from mike’s HARDER:

From November 19 Through December 31, Fans can enter by sharing how they want to Celebrate like Migos on Twitter by using #DudeThatsMigos, or by visiting www.dudethatsmigos.com. Those entering via Twitter must have a public account, follow @HARDER and include #DudeThatsMigos, along with #contest, in their posts. The contest will run until December 31st, 2019 and winners will be announced in early 2020. The lucky winners (trip for 2), aged 21 years or older, will get to celebrate like – and with – the famously lavish hip-hop moguls, complete with a Migos approved prize pack, including: