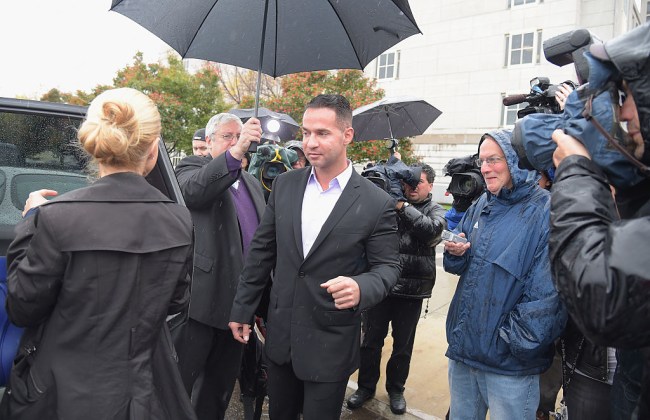 Mike “The Situation” Sorrentino will be released from federal prison this week after the Jersey Shore star served eight months in jail for tax evasion.

The 38-year-old reality TV star was charged with tax fraud in September 2014, after allegedly not paying taxes. The Situation and his brother Marc Sorrentino reportedly did not report $8.9 million in income from products, endorsement, club and TV appearances.

On January 19, 2018, Sorrentino pleaded guilty to one count of tax evasion as part of a plea bargain. On October 5, 2018, at his sentencing at the United States District Court of New Jersey in Newark, Sorretino was sentenced to eight months in prison.

Marc Sorrentino was sentenced to two years in prison for his role in not reporting income to the U.S. government. Marc pleaded guilty to one count of aiding in the preparation of false tax returns for income earned in 2010, 2011 and 2012. Marc is currently serving his prison sentence at the Federal Correctional Institution in Fairton, New Jersey.

Sorrentino married Lauren Pesce, his college sweetheart, on November 1, 2018, right before he headed off to prison. Lauren Sorrentino urged Jersey Shore fans to write The Situation letters while he was in jail and she said Mike has received thousands of letters.

The Sitch called his wife during the taping of Season 3 of Jersey Shore Family Vacation where he talked to Jenni “JWoww” Farley, Ronnie Ortiz-Margo, and Angelina Pivarnick.

Mike “The Situation” Sorrentino will reportedly be released from prison on Thursday of this week according to his publicist. There is sure to be a party once he is released and there will be plenty of food for Big Daddy Sitch to eat.

Lauren Sorrentino has started dabbling in modeling while her husband has been locked up in prison.