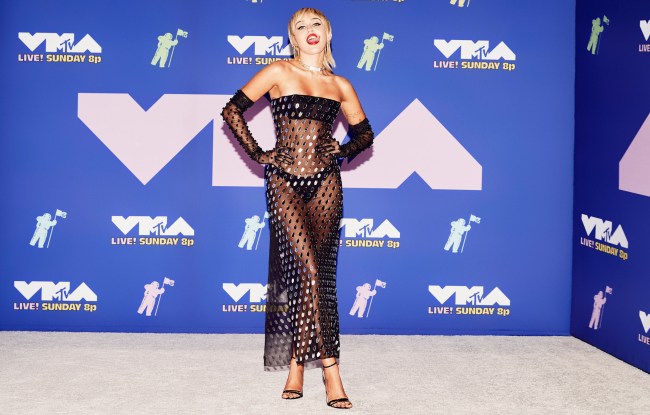 Do you know what day Sunday was? Don’t answer that because you’ll get it wrong. Sunday was the 10 year anniversary of the leaked video of Miley Cyrus smoking a bong that threatened to rip the internet apart back in the day.

Oh, how the times have changed.

Remember though, ten years ago Miley Cyrus was just 18-years-old and hard though it may be to believe, she was still starring in the Disney Channel show Hannah Montana, so it was all a bit much for some folks to handle.

Of course, that feeling didn’t last long because she was only just getting started with her rebellion.

Cyrus released her third studio album Can’t Be Tamed that same year which was also quite a departure from the Hannah Montana fans had grown to know and love.

On Sunday, Cyrus re-posted the controversial video that was originally released by TMZ back in 2010 with the caption, “Happy 10 year anniversary to the groundbreaking video of a teenager smoking a bong & saying dumb sh*t to their friends. (Not sure the director of this fine film should be considered a ‘friend’ but…) 🎈💨🖤🎈💨🖤🎈💨🖤 Time really flew by. I remember this like it was yesterday….. J/K I don’t remember sh*t cause I was f***ed the hell up. #YesItWasReallySalvia #IfYouFindWeedThatDoesThisToYouSHARE.”

Following that video being leaked on the internet, Miley’s famous dad Billy Ray Cyrus tweeted, “Sorry guys. I had no idea. Just saw this stuff for the first time myself. Im so sad [sic]. There is much beyond my control right now.”

Miley also issued a hollow apology in an interview with Marie Claire, saying, “I’m not perfect… I made a mistake… I’m disappointed in myself for disappointing my fans…”

Nor is this the first time Cyrus has celebrated the 10 year anniversary of something she did that caused a ruckus.

Back in May of 2018, Miley took back her apology for posing nearly nude at the age of just 15 for Vanity Fair.

Her apology back then?

“I appreciate all the support of my fans and hope they understand that along the way I am going to make mistakes and I am not perfect. I never intended for any of this to happen, and I am truly sorry if I have disappointed anyone.”

Sounds an awful lot like her other apology, doesn’t it?