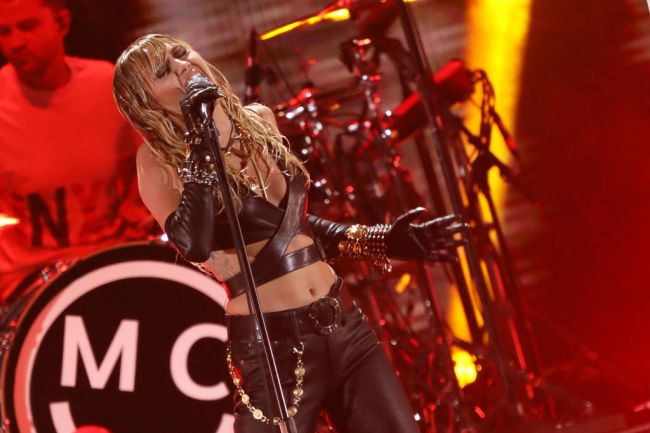 Miley crushed “Zombie” by The Cranberries and her rendition of “Heart of Glass” is catchy-as-hell.

Just head over to YouTube and punch in “Miley Cyrus covers” and you’re sure to discover something pretty damn good so the news that Miley is doing an entire album of Metallica covers doesn’t scare me – a thirty-year fan of the band – in the least.

Cyrus broke news about the project during an interview with Interview magazine.

“We’ve been working on a Metallica cover album and I’m here working on that.

We’re so lucky to be able to continue to work on our art during all of this.

At first, it felt uninspiring and now I’ve been totally ignited.”

“I have such a healthy and sexy relationship with recklessness right now,” she told Interview mag. “I can say yes to anything.”

Fans of Metallica can probably trust Cyrus to do the band right, but choosing the correct songs will be crucial.

Songs like “The Unforgiven,” “Fuel,” “One,” “Sad But True,” and “Wherever I May Roam” all seem like perfect songs for Cyrus’s voice.

Cyrus has already covered “Nothing Else Matters” and the song and nailed naturally nailed it.

Anything off Kill ‘Em All or Master of Puppets will be a challenge.