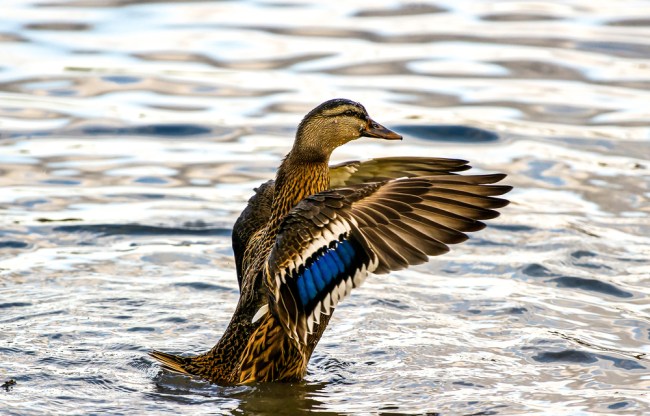 The word is used to describe someone who sees overnight fame on social media before the public finds skeletons in their closet and the public turns on that person within days for actually being a sketchy person.

The whole internet loves Milkshake Duck, a lovely duck that drinks milkshakes! *5 seconds later* We regret to inform you the duck is racist

The wait is finally over and our Word of the Year can be revealed! It's also your chance to vote for your #WordoftheYear -> https://t.co/X2BVNJjBG2 pic.twitter.com/jliasItKjL

Word of the Year? Sure. We needed a term to describe the Ken Bone’s of the world after they become famous overnight only to find that there’s a cache of weird content and comments hidden on their Reddit account.

Twitter Moments was torn on whether or not this should’ve been the Word of the Year. Mostly because most people had never heard of it before. But some people were pretty enthusiastic about why this was the perfect choice for 2017 Word of the Year:

I think I've explained the term "milkshake duck" to about three people this week, so, PSA, this is where that comes from. It's a noun ("he turned out to be a milkshake duck") and also a verb ("she milkshake ducked"). https://t.co/oNfWcrFGw5

Think of the most beautiful words the English language has to offer: mellifluous, limerence, ethereal, crepuscular. Then think of Milkshake Duck.

Aussie dictionaries are trying to outdo each other on selecting words of the year nobody has ever heard of.
Today Macquarie Dictionary has chosen 'milkshake duck.'
This follows @ozworders selecting 'kwaussie.'
Anyone heard #milkshakeduck before today?

I feel like we’ve all been punk’d. Never heard of ‘milkshake duck’ either @hamishNews https://t.co/0VwR8puWHE

"We all now recognise this phenomenon which is only possible in the world of the internet where someone is picked up from obscurity and given tremendous media fame, then instantly dropped again… when they’re found to be not as desirable as they first seem." – Sue Butler

Dictionaries think ‘milkshake duck’ is one word, when it’s clearly two words, and yet we’re expected to trust them? I’m throwing all my dictionaries away.https://t.co/nJ6iztkqE3

Milkshake Duck is here to stay. It’s a term we needed and now we have it in the English dictionary. Anyone hating on this phrase hasn’t spent enough time watching people gain overnight fame in the media only to be discovered as closeted racists or bigots. It happens like once a month these days and Milkshake Duck is the term we needed to describe it. Shout out to @pixelatedboat for making this all happen.