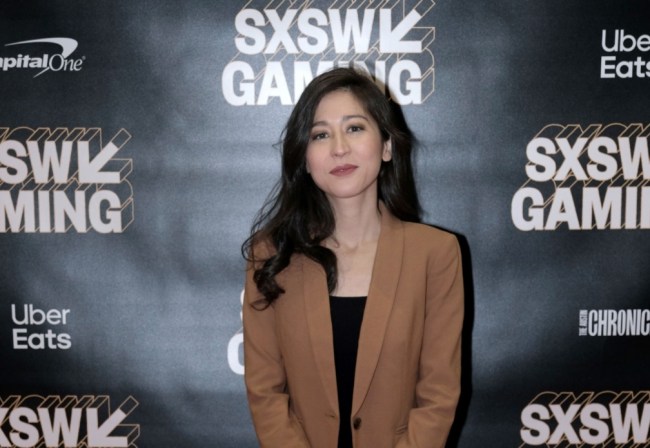 Mina Kimes may just know everything. Yes, she’s a walking encyclopedia when it comes to the NFL, but she’s one of those people that simply knows a lot about a lot of different things. This is why it came as no surprise to see her as the phone-a-friend person on ‘Who Wants To Be A Millionaire.’

Celebrity chef David Chang was the competitor in the episode that aired on Sunday and held onto his phone-a-friend helpline until the $1 million question at the end of the show and rang up his friend Mina.

The question was a history question involving U.S. Presidents: “Although he and his wife never touched a light switch for fear of being shocked, who was the first president to have electricity in the White House.”

If I’m being honest, typing this story is the first time I’ve ever heard Chester A. Arthur’s name. I had no clue the man was the 21st President of the United States. You learn something new every day. Thanks a lot, small-town school system.

Anyways, Kimes said that she wasn’t positive, but gave Benjamin Harrison as her answer.

Chang went with Kimes’ answer and won the $1 million which will be donated to hospitality workers in need.

On last night's @MillionaireTV, celebrity chef @DavidChang needed to answer one final question to become the first celebrity winner ever in 20 years. Stumped, he called upon who other than…@MinaKimes!!! For the win. $1M will be donated to hospitality workers in need 👏👏 pic.twitter.com/47RkK3IUoV

I wish I could say that I would have guessed Harrison as well, but most definitely wouldn’t have. I would’ve gone with the name I’d literally never heard before – Arthur – and would have been humiliated on television.

Kimes and Chang don’t miss, though.