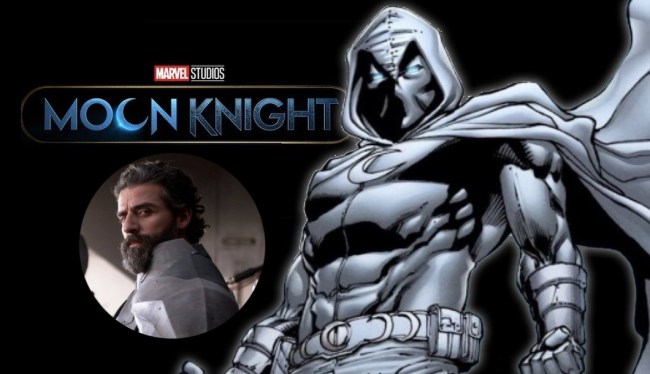 Of all the upcoming Marvel Cinematic Universe projects on Disney+, Moon Knight is far and away my most anticipated.

More so than its excellent cast — Oscar Isaac will be starring as Moon Knight, while Ethan Hawke is set to appear as the (yet undisclosed) main antagonist — what excites me about Moon Knight its tone, as the character will undoubtedly bring a much-needed element of darkness to the MCU. While not the most perfect comparison, Moon Knight is virtually the closest thing that Marvel has to their own version of Batman. Granted, the similarities are few and far between: real name Marc Spector, Moon Knight is largely defined by his multiple personality disorder, as — in addition to Spector and Moon Knight — the character also masquerades as the millionaire entrepreneur Steven Grant and the cab driver Jake Lockley in order to accomplish his goals.

Get a good look before it's gone! A 'supposed' first look at Moon Knight's costume in the upcoming Disney+ series. 'Moon Knight' will be played by Oscar Isaac.

The Moon Knight leak comes just days after Ethan Hawke revealed the hilariously simple story behind his casting in the project, telling Seth Meyers that Isaac — who was a fan of Hawke’s recent drama series The Good Lord Bird — approached him in a coffee shop and simply asked if he wanted to be a part of Moon Knight:

“I heard about it [Moon Knight] from Oscar Isaac, who lives like three blocks down the street from me in Brooklyn,” he says.

At this time, while it’s unclear exactly when Moon Knight will debut, the Jeremy Slater-created, the six-episode first season is expected to hit Disney+ sometime in 2022. In addition to Isaac and Hawke, Moon Knight is also set to star May Calamawy in an undisclosed role. Unlike WandaVision and similar to Loki, Moon Knight is one of the Disney+ series that Marvel Studios is expecting to run for multiple seasons.