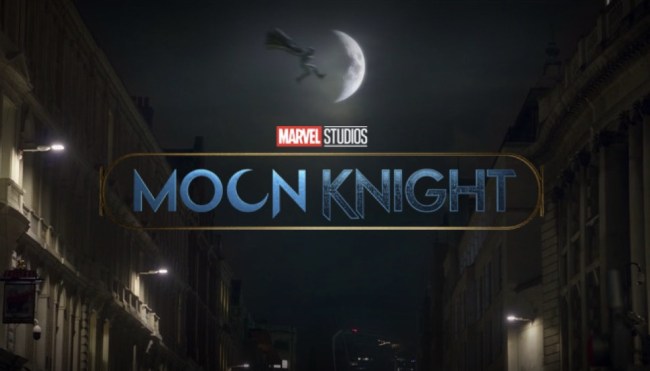 Disney has finally released the first official teaser for the upcoming Marvel Studios series Moon Knight, which will star Oscar Isaac in the lead role of Marc Spector. The teaser was released during Disney Plus Day, which featured tons of reveals and updates regarding future Disney projects.

Real name Marc Spector, Moon Knight is a character that’s long been compared to Batman, although the two aren’t as similar as their looks might suggest, primarily because Spector has dissociative identity disorder — in addition to the personality of Moon Knight, Spector also masquerades as the millionaire entrepreneur Steven Grant and the cab driver Jake Lockley.

In addition to the first look at Moon Knight, Marvel Studios unveiled a bevy of titles that will hit Disney+ next year. Among the big reveals were first-looks at both Ms. Marvel and She-Hulk, and the reveal of new logos for Echo, Ironheart, I Am Groot, Secret Invasion, Marvel Zombies, Agatha: House of Harkness, Spider-Man: Freshman Year, and more. It was also announced that the beloved X-Men animated series from the 90s is being revived in a new series titled X-Men ’97. Long story short, it’s been an excellent day for fans of the Marvel Cinematic Universe.