EXCLUSIVE PREMIERE: Moon Taxi’s New Visualizer For Melodic Anthem ‘The Beginning’ Brings Us On Tour With The Band 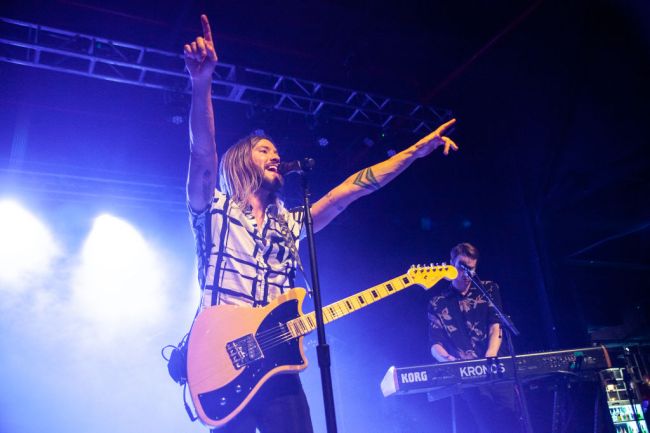 Moon Taxi always slaps and their most recent single is no exception. The Nashville-based band will be releasing its sixth album, Silver Dream, in January and dropped ‘The Beginning’ off of the track list on Friday. In its visualizer video, which we are excited to premiere exclusively on BroBible, behind-the-scenes footage takes us on the road with Trevor Terndrup (vocals, guitar), Tommy Putnam (bass), Spencer Thomson (guitar), Tyler Ritter (drums), and Wes Bailey (keys).

As the saying goes, “today is the first day of the rest of your life,” and that’s what ‘The Beginning’ is all about. In classic Moon Taxi style, the song opens with a familiar guitar riff before the chorus hits you hard with booming vocals from the jump. Terndrup’s unique voice is accompanied by simple, groovy percussion beat and a sing-along riff that will be stuck in your head all day. If you’re into head-bobbers and good vibes, this one is for you. The anthemic lyrics belt out that “it’s a long walk back from yesterday” and as we look back on difficult 2020, it reminds us that it’s a quick run to tomorrow, which is another chance to begin anew.

Every day is a great day when you wake up in the morning, as I always say! It’s even better when you can crank up the volume and rock out.

Moon Taxi met one another while attending Belmont University and have been releasing bangers ever since. The group has since gained worldwide popularity but built a huge following in the southeastern United States— where I was first introduced. They released their debut album back in 2012 and their hit songs ‘Southern Trance,’ ‘Running Wild,’ ‘All Day, All Night,’ and ‘Two High’ have become their most well-known throughout the years.

Here is the band’s full collection. If you don’t know them by now, take one listen and you’ll be hooked: