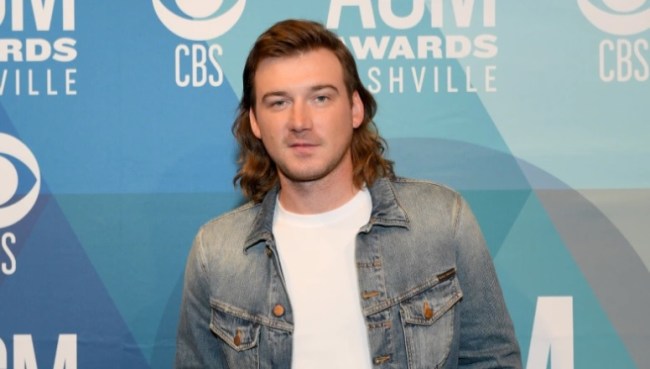 While Country music star Morgan Wallen is being removed from radio stations and award shows after getting caught using a racial slur on video it appears that he hasn’t lost much support from fans on streaming platforms.

On Tuesday night, TMZ released a video that showed him yelling the n-word and other profanities while walking up his driveway.

The country star and a group of buddies had just spent a night out in Nashville. When they arrived at Morgan’s home at around midnight, they were extremely loud … honking horns and talking loudly … loud enough to piss off neighbors. One of the neighbors began recording the antics.

Despite the controversy, Wallen’s music is dominating the charts on various streaming platforms.

Currently on ITunes @MorganWallen has 13 of the 20 spots and 5 of the top 10 pic.twitter.com/FpAt1G9M3l

According to Rolling Stone, Wallen’s sales increased 1,220 percent on the day after the TMZ video was released.

Wallen’s sales increased 1,220 percent on Wednesday compared to Tuesday, while his song sales were up 327 percent, according to Alpha Data, the data analytics provider that powers the Rolling Stone Charts. And despite being removed from playlists like Today’s Country on Apple Music and Spotify’s Hot Country Songs, his streams did not dip on Wednesday at all. (Wallen’s music remains on the services since his label, Big Loud, has not removed any material.) Wallen’s on-demand audio streams were up 6 percent, while his programmed streams increased 16 percent compared to Tuesday.

Wallen has since apologized for the incident and is currently suspended indefinitely by his record label.

“I’m embarrassed and sorry,” “I used an unacceptable and inappropriate racial slur that I wish I could take back. There are no excuses to use this type of language, ever. I want to sincerely apologize for using the word. I promise to do better.”