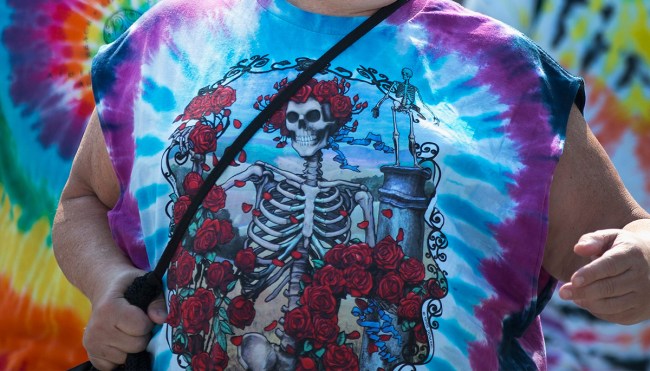 Earlier this year, I got in a bit too deep on eBay after stumbling down a vintage t-shirt rabbit hole I eventually emerged from after having a wake-up call when I placed a $50 bid on a promotional tee that was originally made to coincide with the release of The Mask—one that eventually sold for over $800.

That might seem like an absolutely absurd price to shell out for a piece of clothing that was probably given out for free when the movie came out, but triple-digit bidding wars aren’t unheard of in a marketplace where particularly sought-after pieces of vintage clothing can sell for a sum that makes that number look like a downright bargain.

That’s especially true when it comes to concert tees and other apparel associated with musical acts that were all the rage when your parents first started dating, as shirts from the ’60s and ’70s can fetch a pretty penny thanks to fans of bands who won’t let a steep price tag stop them from getting their nostalgia fix.

In 2011, a shirt that doubled as a backstage pass to a series of concerts Led Zeppelin performed at Knebworth House in the United Kingdom set the record for the most expensive vintage tee ever sold when someone purchased it for $10,000 on eBay.

However, according to Stereogum, it’s now been unseated courtesy of one of the most notable collectives of the damn dirty hippies who took San Franciso’s Haight-Ashbury neighborhood by storm in the 1960s: the Grateful Dead.

Earlier this week, Sotheby’s auctioned off a vintage Grateful Dead t-shirt that previously belonged to one of the band’s engineers. The yellow tee—which is emblazoned with a logo featuring the group’s name and a couple of swirly mushroom caps—is believed to be one of the earliest shirts officially commissioned by the band.