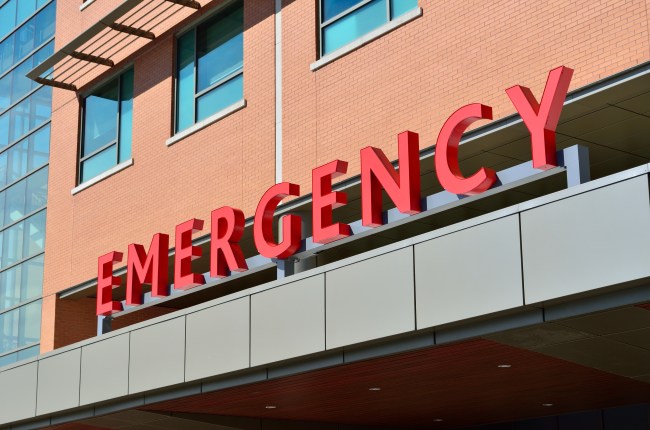 It happens to the best of us.

You wake up one morning with a mysterious bruise or a bump that wasn’t there the night before and immediately flock to WebMD to try and figure out what’s wrong before inevitably convincing yourself you have cancer or lupus (even though it’s never lupus).

In cases like that, the most obvious explanation is that you drank a bit too much and forgot about hitting your shin on your coffee table.

However, if E.R. and Grey’s Anatomy (don’t judge me) have taught me anything (besides everyone who works in medicine is incredibly attractive) it’s that even the most innocuous symptoms can mean you’re dying of some terrible disease.

As a result, I’ve forked out a $25 copay on multiple occasions for the privilege of having a doctor politely inform me that I’m an idiot.

Thankfully, I can take some solace in the fact that I’m not the only person out there who uses the internet to self-diagnose.

MedicareHealthPlans decided to take a closer look at exactly what paranoid Americans are searching for by examining some Google Trends over the course of the past year to see which symptoms people in every state are most concerned about.

These were the results. 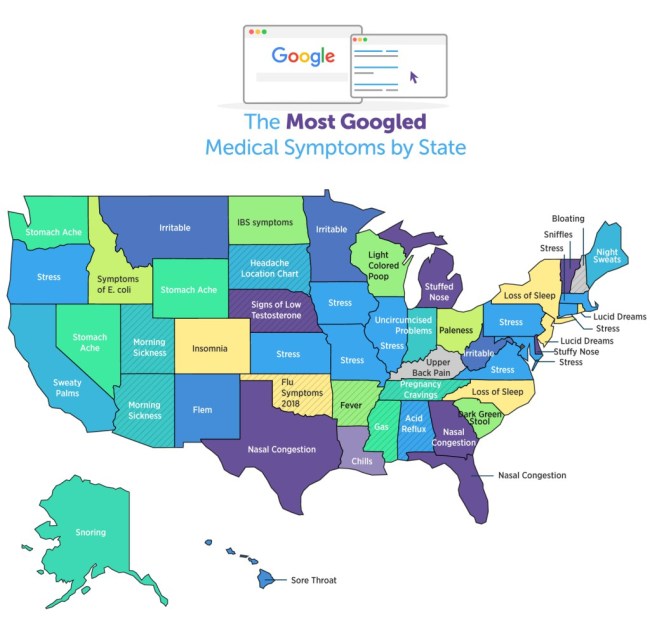 First and foremost, it appears people around the country are stressed as hell as it was far and away the most Googled term but nowhere near the most entertaining one.

It also appears the people of Wisconsin and South Carolina are very concerned about their poop but nothing intrigued me more than Indiana, which was far and away the strangest result on the entire map.

Congratulations to them, I guess.

I’d love to know what the hell is going on there but the more I think about it there are some questions in life that are best left unanswered.