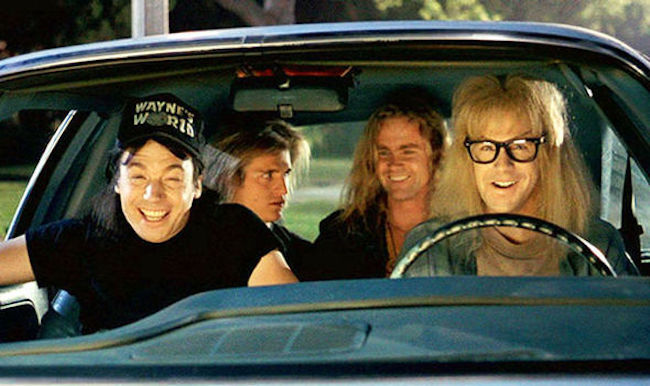 There are plenty of upsides to living in a city where public transportation is king, but one thing I sorely miss about living in a place where you need a car is riding around aimlessly while blasting music. In my case, this means doing my best Dave Matthews impression or trying to rap along to some rap song about a topic I’ll never be able to relate to and basically play the role of a hype man by shouting out random words because I don’t actually know all of the lyrics.

If you’ve ever taken your hands off the wheel in order to do the drum fill while blaring “In the Air Tonight,” I don’t have to tell you how much interacting with your music of choice can seriously enhance your driving experience. According to a recently released study, there’s one song that more people turn to than any other when they’re looking to sing along with something, and if you’ve ever seen Wayne’s World, you probably already know what took the top spot.

Queen’s “Bohemian Rhapsody”— a song that comes just behind “I Believe in a Thing Called Love” when it comes to making people fail while trying to hit falsetto notes at karaoke— is the most popular song to sing along to while you’re in your car.

Here’s a list of the top 10 songs to sing along to: