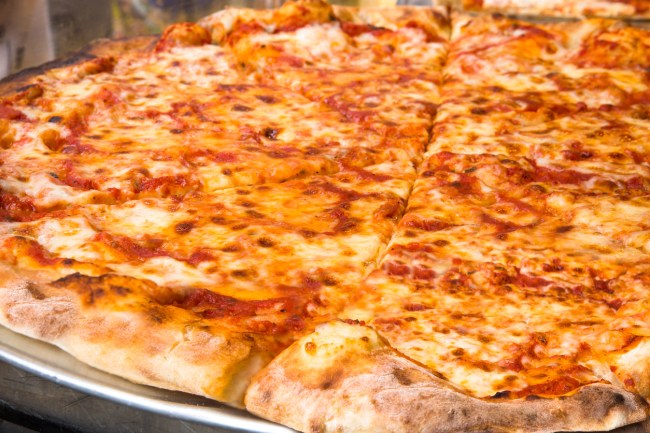 I’ve been living in New York for a few years and occasionally serve as a travel consultant for friends and family members looking for the “true” NYC experience.

Wade through hypebeasts to grab a Sicilian square on Prince Street. Mingle with the Columbia kids while trying to finish the oversized isosceles at Koronet. Watch people pose for photos in front of graffiti in Bushwick before grabbing a margherita at Roberta’s. Down a generic dollar slice in the Village at 1 AM covered with copious amounts of chili flakes, garlic powder, and lumpy grated Parmesan you’d avoid consuming if it was any other hour of the day.

Hell, follow in the footsteps of Michael Scott and make an ironic purchase across from Penn Station if the spirit moves you.

The city’s most iconic food (sorry, bagels) has transported me to parts of New York City I never would have wandered into otherwise and was once again responsible for expanding my horizons after I ended up in Williamsburg to visit the shrine that is the Museum of Pizza.

The Museum of Pizza popped up at the William Vale Hotel earlier this month and bills itself as:

A place to take amazing photos and absorb every wonder of our larger-than-life, immersive installations. A space to bask in multi-sensory, psychedelic pizza joy.

It’s a description that was as vague as it was intriguing so I figured it couldn’t hurt to check it out.

Things seem fairly normal when I arrived a few minutes before my scheduled time slot. I waited in a room with walls lined with pizza boxes of all shapes and sizes emblazoned with a disproportionate number of kissing Italian chefs with eyes that seemed to follow me everywhere I went.

My favorite was a cardboard square with a message welcoming Pope Francis to Philadelphia, which I wish I could say was the most absurd thing I saw during my time at the museum.

Eventually, the curtain was drawn back and we were ushered into the first stop on the tour.

Upon stepping into the room, I was immediately bombarded by an overwhelming number of constantly rotating pizza facts (and a photo of Frank Sinatra) being projected on the walls.

I tried (and largely failed) to process as many of them as I could before being interrupted by a virtual “pizza historian” named Scott, the Richard Hammond of the Museum of Pizza.

He guided us through the food’s complex past as trivia (and Frank Sinatra) continued to flash on the screen.

Finally, Scott’s spiel ended and we were given permission to walk through what would turn out to be a portal to a dimension beyond space and time.

My eyes adjusted to the brightly lit gallery I’d just entered and as I took in my new environment I realized I was surrounded by my worst fear: youths. Youths everywhere.

Teenagers scurried around the room with phones in hand as they boxed each other out in pursuit of the perfect picture, moving from piece to piece at breakneck speed.

I weaved my way through the mob to snap a few pics of the pizza-inspired modern art dotting the room— like this piece that I assume is designed to represent what it looks like down below when you hit up the toilet the morning after housing an entire Domino’s pie. 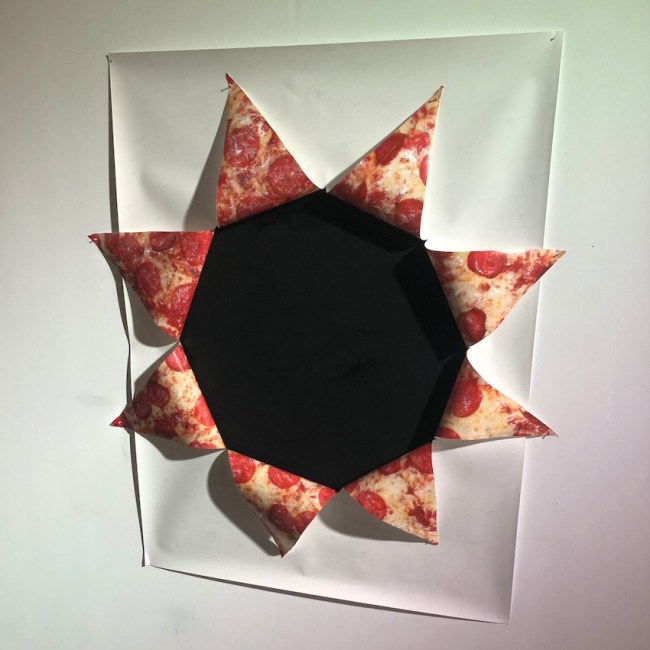 There was “Mystic Pizza,” which looked less like a pizza and more like the floating monster from Big Trouble in Little China. 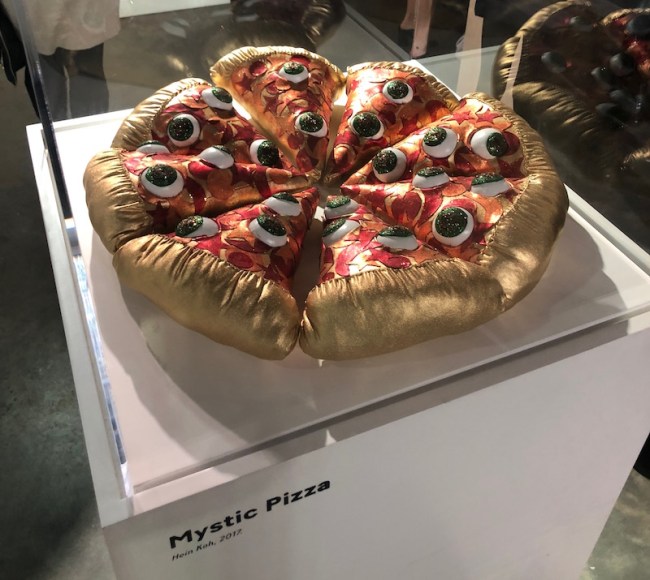 If you can figure out what the hell this sculpture is doing in a museum dedicated to pizza then you’re a smarter person than I’ll ever be. 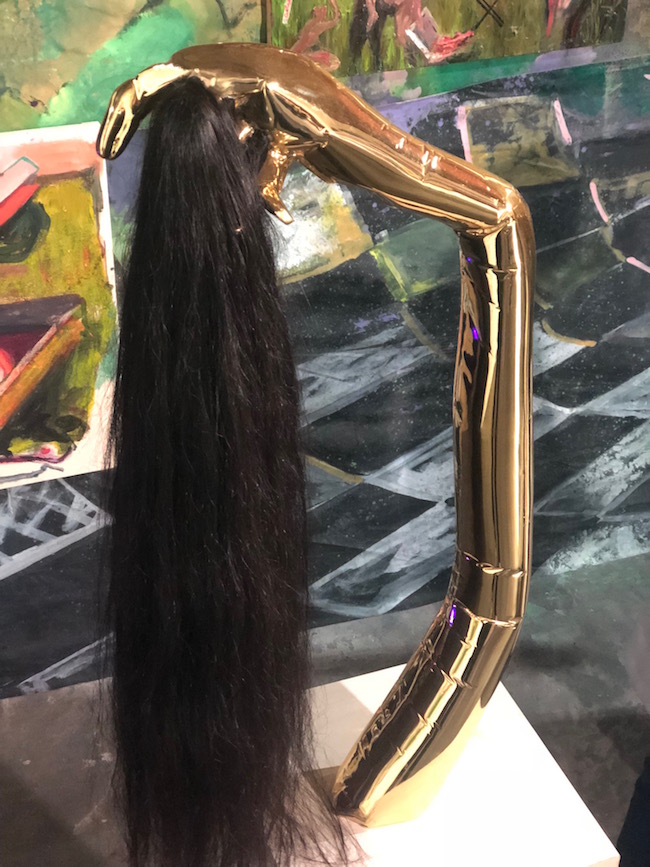 The next stop was a room straight out of a laser tag arena where people handed off phones to one another while posing with pizza boxes covered in fluorescent tape spelling out messages like this one. 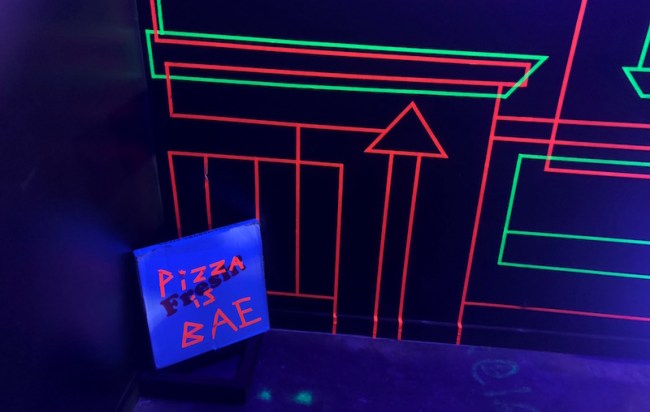 It was at this point I realized I might not belong here.

However, I was promised a real, actual piece of pizza at some point during this journey and it was pizza I would get.

I moved on, eventually encountering an indoor park where I observed two grown men joyfully bouncing back and forth on an adult-sized seesaw and started to wonder if my ever-increasing hunger was causing me to hallucinate.

“Pizza Beach” was the next item on the agenda, and for the first time in my life, I understood what it must be like to take the bad acid— which I assume the person who dreamed up this shaved, beheaded chicken wearing a speedo must have done before birthing it into existence. 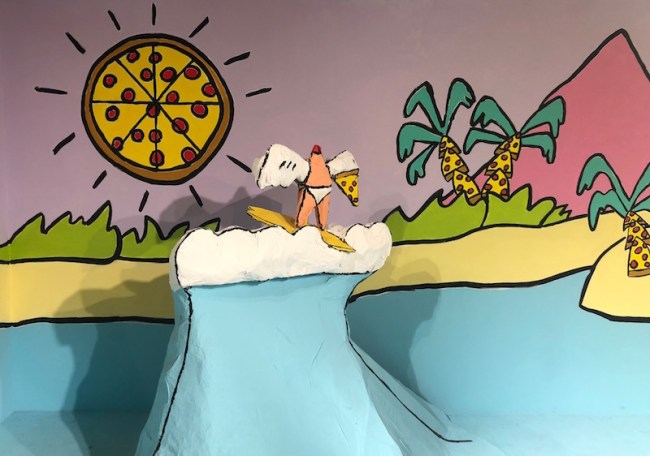 You have to have visited a dark place to bring something like this into the world. 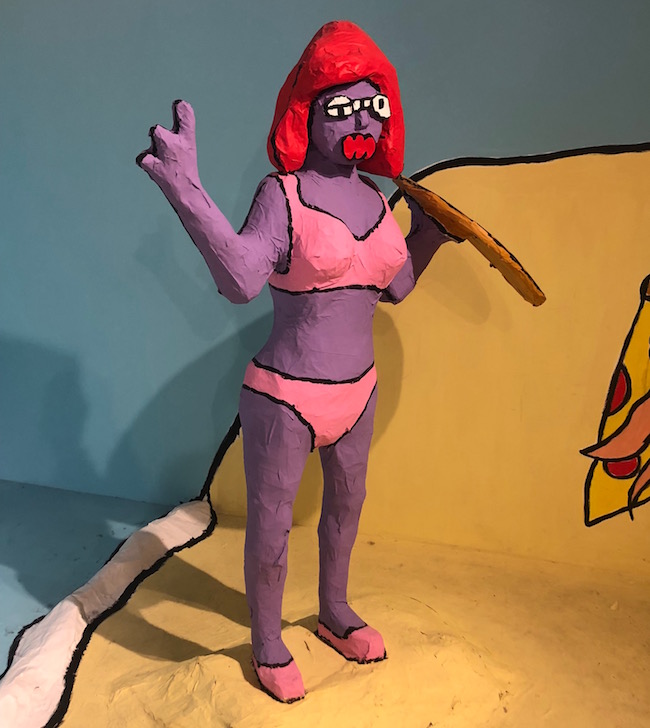 I left Pizza Beach before the monstrosities that populate it had a chance to come alive and make me one of them before finding myself at the end of a long line of people waiting for… something.

Was this it? Had I made it to the promised land of pizza? My stomach began to growl, but after turning the corner, it immediately dropped.

They were waiting for popcorn. Fucking popcorn.

Had I stepped into yet another portal transporting me to a museum dedicated to movie foods? What was going on here?

I was snapped back to reality after I felt like someone was watching me before discovering something was: a giant pizza roll with googly eyes. 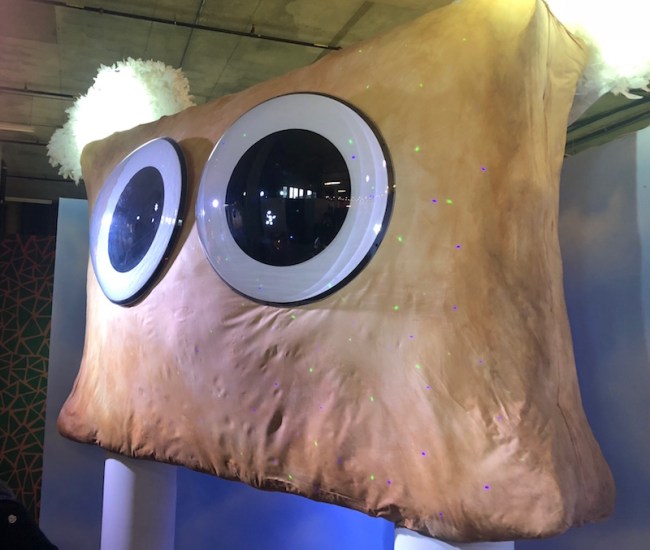 Suddenly, I smelled a familiar scent in the distance. Could this be it? Had I finally arrived?

I followed my nose and spotted a woman wearing a shirt with a modified Pizza Hut logo that suggested she’d do dirty, dirty things for (with?) pizza carrying a plate in her hand.

This was it. I’d finally arrived.

I quickly hopped in line and stepped up to claim my prize. 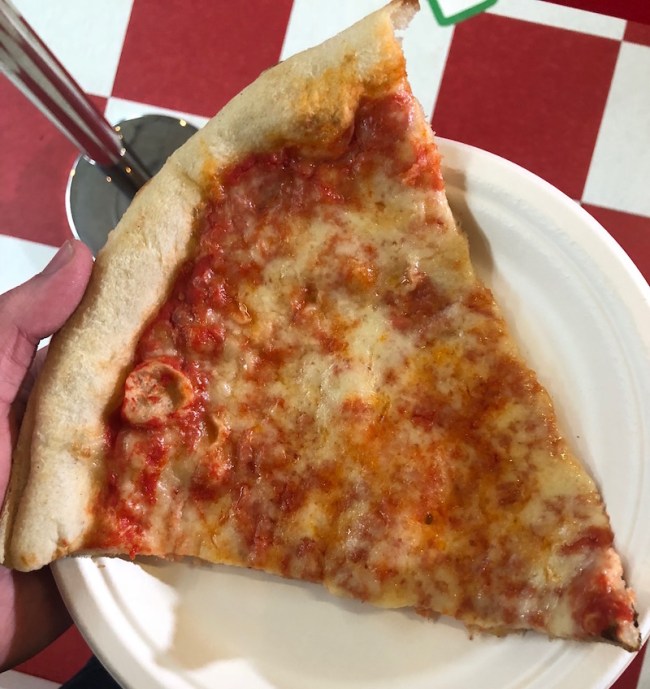 The crust was soft. The cheese was a bit rubbery. The sauce was slightly too sweet. But I’ve always said the best slice of pizza is the one that’s there when you need it most, and as a result, this was practically perfection.

I finished the slice and exited, trading the real world for the Twilight Zone I’d previously inhabited.

Would I recommend the Museum of Pizza? If you’re looking to be thrust into a surreal and infinitely Instagrammable world, the answer is a resounding “yes.”

I might not know much more about pizza than I did before I entered but the journey was well worth the price of admission.