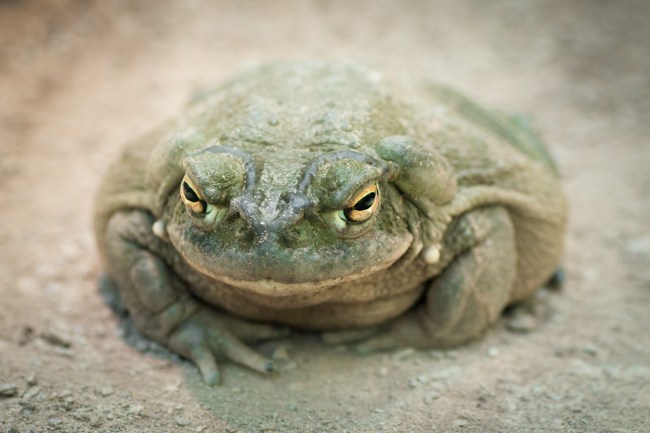 An adult film star named Nacho Vidal who is equally famous for selling popular phallic candles on Twitter has been arrested and charged with manslaughter following the death of a man during a mystic ritual involving psychedelic toad venom which is said to have an ayahuasca-like effect.

I wouldn’t say that I’m 100% up-to-date on my Spanish adult film star news these days but I came across this story last night on Twitter and it was one of those moments where you absolutely knew the tweet was going viral. It was a roller coaster of complete insanity from @WardieJerusalem that read “Spanish p*rn star Nacho Vidal, who likes to advertise his aromatic candles shaped like male genitalia on Twitter, has been arrested on manslaughter charges following a man’s death during a mystic ritual in which he inhaled psychedelic toad venom.”

I considered not even writing about this news story because there’s simply no way to top that tweet but the details of the story are just as crazy as the tweet so I figured you guys would be interested. The arrest and subsequent manslaughter charges followed an 11-month investigation into the death of a man in July 2019. The victim was a fashion photographer named Jose Luis Abad.

According to police, these ‘mystic rituals’ were being carried out under the guise of providing medicinal benefits when in reality the highly-potent toxic/psychedelic toad venom should never be trifled with. Here’s the story from Yahoo! Finance:

“The police operation began following the victim’s death during the celebration of a mystic ritual based on the inhalation of venom of the bufo alvarius toad,” a police statement said.
The toad, a rare species which is native to the Sonoran Desert, stretching from northern Mexico into California and Arizona, secretes venom containing a very powerful natural psychedelic substance known as 5-MeO-DMT.
Its effects have been compared to ayahuasca, a powerful hallucinogenic concoction from the Amazon consumed as part of a shamanic ritual.

Investigators said they had discovered such rituals were being carried regularly on grounds they offered medicinal benefits.
But in reality, this “apparently harmless ancestral ritual” posed a “serious health risk”, luring people who were “easily influenced, vulnerable or who were seeking help for illnesses or addictions using alternative methods”. (via)

The final paragraph of the Yahoo! article said the adult film star, Nacho Vidal, is ‘media-savvy’ and sells 25-centimeter (9.84-inches) candles in the shape of male ding dongs on Twitter. His weiner candles are available in black, white, or cerise according to the report.

As for why he was specifically charged, here’s an excerpt from Complex:

Abad reprotedly died in Vidal’s Enguera home, where investigators believe this ritual was being done regularly by preying on people who were “easily influenced, vulnerable or who were seeking help for illnesses or addictions using alternative methods.” Vidal’s attorney Daniel Salvador said that Abad’s death was “an accident,” disputing the allegation that his client posed as a shaman who promoted the use of toad venom. (via)

He actually has a pretty sizable following on Twitter (336.1K followers) and it’s not just candles he’s selling, he also tweets about pretty much every intimate product available for purchase online. I’m sure the dude’s making a killing in affiliate sales if his ads are as effective as reports are claiming. You can easily find his candles on Twitter by searching ‘Nacho Vidal’ if you’re interested in seeing what they look like.

The ‘bufo alvarius toad’ is better known as the Colorado River Toad or Sonoran Desert Toad. It is the largest *native* toad in the United States, the invasive Cane Toad is larger. Dogs have suffered paralysis and died after attacking these toads. Raccoons have been observed learning to pull these toads by their feet in order to avoid the powerful toxic psychedelic venom. The first arrest for possession of toxic toad venom in the United States dates back to 1994 in California and in the USA, it is illegal to remove these toads from the states where they are indigenous (California, Arizona, and New Mexico). So don’t go road-tripping looking to get high on some toads and bring them home!