Woman Discovers Naked Man Has Been Living In Her Car’s Trunk For 3 Days, Captures Bizarre Scene On TikTok 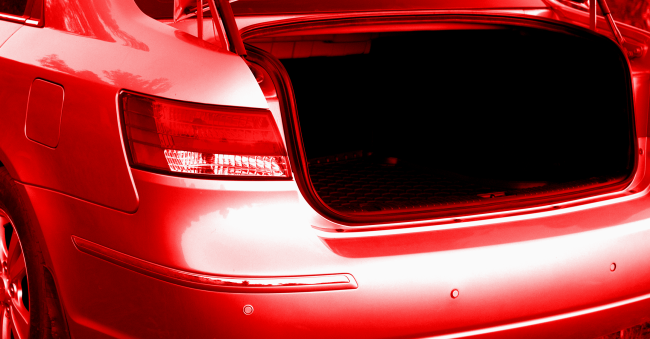 A woman who was filming herself cleaning her car on TikTok got the surprise of her life when she discovered that a naked man had been living inside her car’s trunk for three days.

The story began the day before when car mechanic Bethany Coker shot a TikTok video of the passenger seats of her car covered in mud.

“It looks like someone rolled around in f—ing mud and then got into my car,” she said, sounding very confused, in her initial TikTok video.

After filming herself cleaning up the mud (she does an amazing job, by the way), she said to the camera, “The only logical explanation is that a muddy-ass homeless man slept in my f—ing car last night.”

Little did she know.

@bethanycoker ~my car was home all night while we were out wheeling til 2am and I started it up this morning not paying attention, only to come back to get in it, and notice the MUD #wtf #mybuttiswet #foryou #fuckoff #fyp ♬ original sound – bethanycoker

Two days later, Coker shared another TikTok video in which she discovers the man hiding in her trunk… naked.

“Why are you in my trunk? Are you naked?” she asked the man.

“Yeah,” he replied, which made her chuckle.

He then explained to her the reason why he was hiding in her trunk for three days… naked.

Then when she asked him how he got in there, he answered, “I’m the son of the pope.”

Police were almost as stunned as she was when they arrived

Naturally, Coker notified the police about the naked man in her car’s trunk.

After they arrived, and asked the man to put on some pants, one of the police officers can be heard telling Coker, “I’ll tell you, in my whole career, I’ve never come across anything like that.”

@bethanycoker This guy has been in my trunk since SATURDAY fully naked. It’s currently Tuesday. Guess I found out where the mud came from… #whatthefuck #foryou #fyp #nakedman #subaru #icannot #wtf ♬ original sound – bethanycoker

Of course, numerous people wondered if the video was fake, even with the police seemingly being involved. Especially since Coker appeared to be so calm throughout the whole thing.

“I couldn’t make this up if I tried,” Coker commented, adding, “He was a missing person apparently .. I found him LOL.”

She also revealed that her neighbors had actually caught the man on camera getting into her car through home security footage.

Viewers of the video, and there have been many as it’s been watched almost 12 million times, couldn’t believe what happened.

“I can’t believe you cleaned it with him in there and called him out AND HE SAID NOTHING,” one viewer wrote.

“This is truly horror movie style scary,” another commented.

“I love how you’re talking to him like when people find a cat in their vent that’s not theirs,” someone else wrote.

“You spoke it into existence,” another person aptly noted.