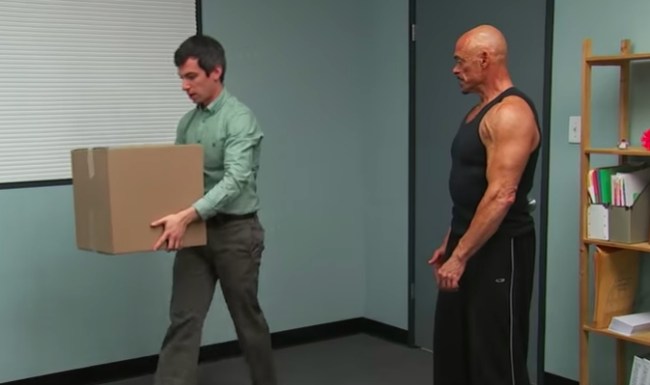 In 2014, a new Starbucks opened up in a strip mall in Los Angeles, which isn’t normally the kind of news that attracts the attention of the national media.

However, on further examination, it wasn’t actually a Starbucks at all: it was a Dumb Starbucks, which is exactly like a Starbucks if you threw the word “dumb” in front of every menu item.

The press descended upon the former location of The Hello Cafe trying to figure out who was behind what would appear to be the most open-and-shut case of copyright infringement in history.

It was soon revealed the man behind the curtain was none other than Nathan Fielder, who documented the stunt in an episode of the comedic achievement that is Nathan For You.

Over the course of four seasons, Fielder managed to dream up an impressive number of brilliantly terrible business models designed to attract as much attention as possible, whether we’re talking about poop-flavored froyo or fake videos of cute animals.

While it may not have gone as viral as a clip of a pig saving a drowning goat, Amazon recently managed to attract a fair amount of the internet’s attention when it shared a story about a delivery worker who worked out during routes and lost 100 pounds in the process.

Amazon Flex allowed this woman to lose 100 lbs in 18 months by creating a workout while delivery packages.https://t.co/uBk49fYzFi

It’s an objectively lovely story (and, given some recent reports, a shameless PR play) but it’s one that seemed oddly familiar to a lot of people, many of whom realized it was straight out of an episode of Nathan For You— including the comedian himself.

You know the world is in a great place when our largest corporations are literally using the same strategies as Nathan for You https://t.co/NpxVTORPDh

During the show’s third season, Fielder teamed up with the owner of a struggling moving company and dreamed up “The Movement” in an attempt to get people to perform manual labor for free in the name of exercise.

I can’t wait to see who ends up getting more coverage on local news.