NBA Has Smartly Stopped Testing Players For Marijuana This Season 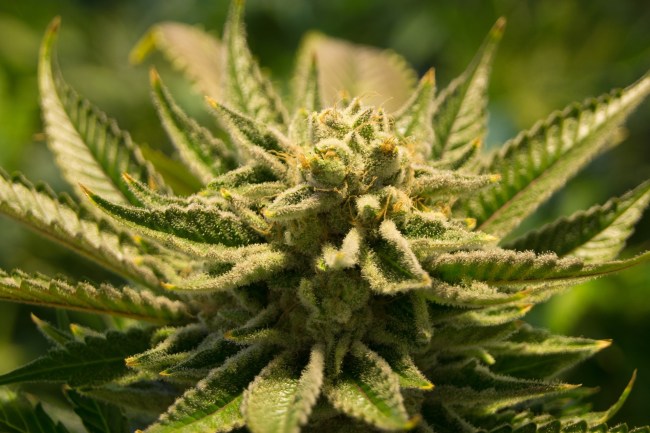 As if getting paid millions of dollars and owning a home the size of a small country wasn’t enough reason to start hooping at the professional level, what would you say if we told you that you could play stoned? Well, you’d probably pay a visit to your dear old mom and dad and read them the riot act for not being savvy enough breeders to pop out a kid destined to be over seven-foot-tall by the time he was old enough to drink. You might even shame them on their inability to produce offspring with superior coordination and the ability to jump. Because most of us didn’t get those genetics. It’s the reason we’re out here writing about basketball instead of playing it.

Yet, hoop stars and writers now have one thing in common. Short, tall, it doesn’t matter. All of us can show up to work high and nobody is going to give us any lip. The NBA and the National Basketball Players Association (NBPA) recently announced that it was temporarily calling off randomized drug testing for marijuana during the 2020-21 season. “Due to the unusual circumstances in conjunction with the pandemic, we have agreed with the NBPA to suspend random testing for marijuana for the 2020-21 season and focus our random testing program on performance-enhancing products and drugs of abuse,” NBA spokesperson Mike Bass said in a statement.

Following the announcement, we imagine players got busy cancelling orders for fake wieners and other novelty products on the market to help stoners pass drug tests. But make no mistake, marijuana is still on the NBA’s banned substances list. So, Timberwolves point-guard Malik Beasley might not want to scrap that order for a Whizzinator just yet. The NBA drug policy strictly prohibits the use of marijuana in any form or fashion, and it once policed this policy by giving players and coaching staff the occasional whiz quiz. However, the no-pot rule won’t be enforced during the upcoming season. Not unless the NBA has “cause” to do so. Any player who tests positive for weed can be slapped with hefty fines, game suspensions, and in some instances they can even be banned from the league entirely. But the guys are really going to have to screw up this year before they are forced to pee in a cup.

So why did the NBA decide not to test for pot this season?

The NBA says it is trying to limit as much unnecessary contact with players as possible. But the decision likely has more to do with officials realizing that every player they test is probably going to fail miserably.

In the weeks following the abrupt hiatus of the 2019-20 season, which was brought about by the savagery of the coronavirus, the NBA agreed to hold off on drug testing until after basketball returned to normal. A lot of players took this as a green light to get enthusiastic about weed. In a story published by The Athletic, players reportedly speculated whether a pound of marijuana was enough to last them throughout the duration of the bubble. Sports agents even joked about the prevalence of pot in the bubble before and during the playoffs – comparing it to Fight Club.

“You’re asking about Fight Club,” the agent said. “There’s no testing for a reason.”

Former players, like Al Harrington, who has become one of the most vocal advocates for ending reefer restrictions in professional sports, have estimated that somewhere between 50% and 80% of players are getting high on the regular. And it’s probably been that way for a long time. I once asked Harrington whether he thought Larry Bird, his former coach with the Indiana Pacers, would have taken a hit off a joint if someone passed him one. “I think he would have hit it,” he said. “Larry Bird is old school, man. All of those old school players used to smoke. I think at the time that they played, they got one drug test to start the season. And after that, they did whatever.”

Former players have spent years urging the NBA to remove marijuana from its banned substances list. Even current players like All-Star Kevin Durant of the Brooklyn Nets have made this plea. “It’s a plant that’s put here for a reason, and that’s to bring us together, he said. “Hopefully, it happens (eliminating marijuana from the banned substances list), especially in the NBA.”

It’s still too early to tell, however, whether the NBA’s decision to halt drug testing for pot during the 2020-21 season might lead to something more permanent. Commissioner Adam Silver has suggested that the NBA is looking to adjust its drug policy to some degree. But he wants more research.

“I feel sometimes that, It’s uncool that the league still tests for marijuana. And I think that’s not exactly where the state of the science on marijuana is,” Silver said back in 2019. “I think that, clearly to the extent it has medicinal qualities, those are things that we should be looking at. Where it’s in terms of pain relief, of course. And that’s something that’s being studied, not just by us. The NFL recently announced they’re studying that issue, as well. And we should look at it.”

Tuesday marked the beginning of team training camps. We’re sure plenty of players showed up thankful that the NBA wasn’t going to nail them with a drug test. Full team practices are scheduled to begin this weekend, with the regular season getting underway on December 22. Interestingly, the NBA’s new COVID protocolsprohibit players from going to bars, casinos and restaurants. So, you know, the only thing they are going to have to do on off days is smoke weed. And we’re sure plenty of them will take full advantage of the relaxed policy, even if it is only temporary. Hell, who knows, maybe letting the players get stoned will balance out the NBA.

Still, nothing short of turning James and the Lakers onto heroin will give the rest of the teams a fighting chance for a championship.