Curious What Hell Looks Like? Take A Look At NBC’s Announcement Of Their New Streaming Service 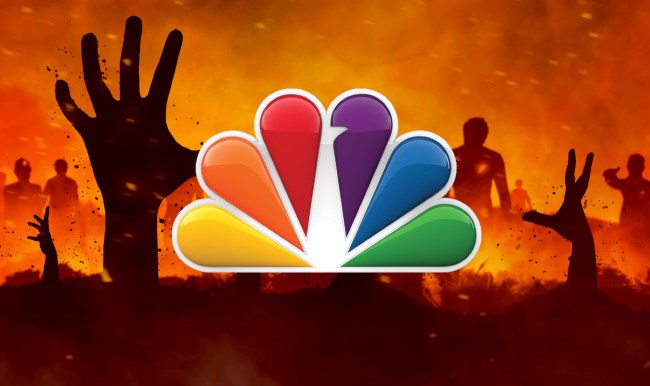 In case you haven’t heard, apparently, every fucking television network under the sun is launching their own streaming service.

Disney+, HBOMax, ShowtimeAnytime, PrimeVideo, CBS All Access, BrazzersPremium, the list goes on and on. If you own content, odds are you’re launching a streaming service. And the latest entertainment powerhouse to join the streaming wars is NBC, who are entering the game with “Peacock.”

While fans have known about Peacock for some time, it was only officially announced yesterday, and folks, I hate to be the one to break it to you, but it appears that NBC may have accidentally opened a portal to the fiery underworld with their announcement.

Not only did NBC push and promote their announcement video across all of the various social media channels, but they had all of their many properties reply to the announcement tweet and it is nothing short of a branding hellscape (I’ve done you the favor of compiling most of the replies in a collage, but if you want to experience the social media torture for yourself, just click on the tweet and scroll through the replies). 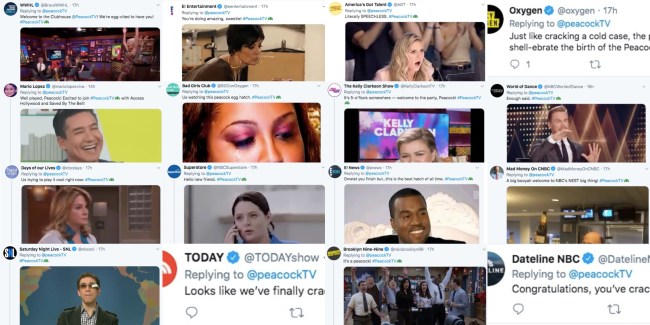 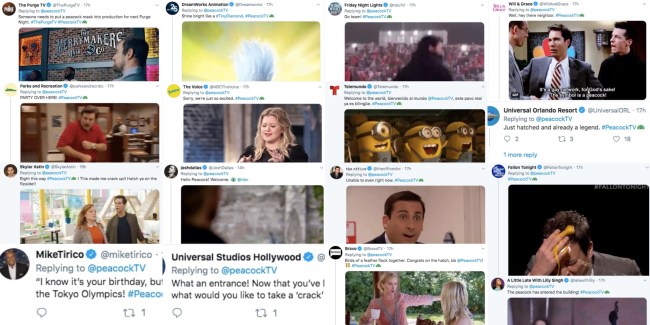 And that’s not even all of them!

I’ve always wondered who exactly brands think they’re reaching with this sort of marketing? Like, okay, maybe a 10-year-old will see all of these painfully forced and awkward interactions and think to themselves, “oh, wowie, just a bunch of TV shows being friends on the internet, so cool!” but to us sanity-grasping adults, it amounts to nothing more than nails on the internet chalkboard.

In case this truly awful viral marketing campaign didn’t completely scare you off and you’re still interested in subscribing to the Peacock streaming service — which will, unfortunately, be the home of classics such as The Office and Parks and Rec — will launch on July 15, 2020.