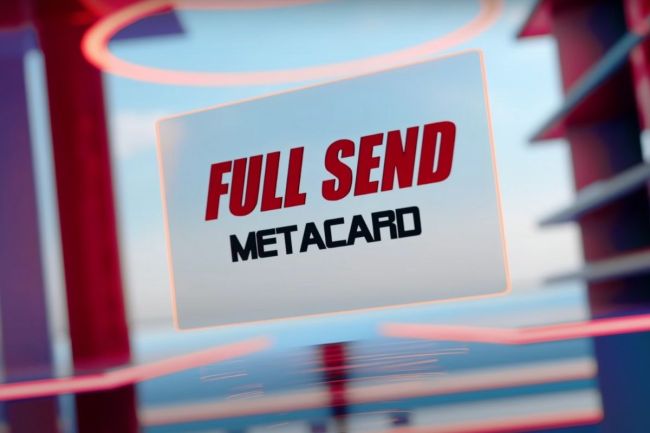 The Full Send Metacard NFT was available for mint for 0.75 ETH, or around $2300. In less than 10 minutes after the public sale Nelk sold out of all their Metacards, netting over $23 million in one giant swoop.

The concept behind the Full Send Metacard NFT is it will be used as a membership that grants exclusive access to all of Nelk’s future business plans and fan experiences. In talks on Twitter and in Discord, ideas like creating Full Send clubs and lounges and invite-only parties have been mentioned as potential perks Metacard owners will gain access to.

One of Nelk’s main founders, Kyle Forgeard, mentioned on Discord they would be getting Dana White a card. Nelk has a friendship with Dana White, and so it’s possible they use the Metacard as some sort of tie-in to experiences revolving around the UFC.

Last week, Nelk had Gary Vee on the Full Send Podcast to talk NFTs and hear his take on why they’re going to change the world.

Only a couple of days later Foregard announced Nelk would be dropping a Full Send NFT. This led to some outcry on Twitter as a possible “pump and dump project,” a phrase used to describe quick money-making schemes in the NFT space.

– NelkBoys do podcast with GaryVee about NFTs a few days ago.
– Announce an NFT drop a few days later.
– Give shady influencers pre-mints before official launch.
– Influencers dump at launch. pic.twitter.com/Ex6hL2xuyK

Forgeard maintains this is just the usual pattern of the people taking aim at Nelk. The group plans to use the money from the NFT sale to establish these creative fan experiences and opportunities Nelk has planned for the owners.

How to Find the Full Send Metacard NFT on OpenSea

You can buy the Full Send Metacard on the secondary market OpenSea right now. The NFTs are currently trading above their mint price but below 1 ETH. It’s hard to determine if the value of the Metacard will whale and start selling for double or triple its original price.

Only time will tell how the project turns out, but if enough of the buyers believe in what the Metacard membership entails the value of each NFT will look to increase.