Netflix Is Being Hunted By The Monster They Created 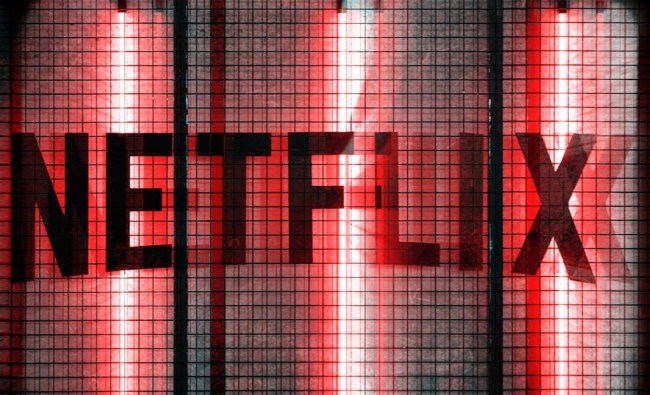 After years of famed reckless spending — the fourth season of Strange Things reportedly cost $270 million, just a small portion of Netflix’s reported $17 billion expenditure on content last year — the streaming giant perhaps reaped what they’ve been long sowing this week, as the company reported a loss of 200,000 subscribers, which marks the first time they’ve lost subscribers in a decade.

On Wednesday, in addition to reporting a loss of 200,000 subscribers and their expectation to lose 2 million more, Netflix’s stock dropped by 35%, which represented a $50 billion loss in market cap. All of this came after the company’s stock has already dropped 40% year-to-date, according to the Wall Street Journal.

Now, while I’m not a financial expert, I do know that all of that sounds very bad. Very bad, indeed. I am, however, a semi-professional entertainment expert, so that is where I can perhaps provide some insight.

Netflix is being hunted by the monster they created

After launching with prestige dramas like House of Cards and Orange Is The New Black and then trying to go the franchise route with the likes of Marvel’s Daredevil and its associated series, Netflix has since pivoted to an extremely data-focused algorithmic approach, scouring literal billions of minutes of views to try and determine what people are watching and what they want to watch.

However, given the wide variety of different audiences that subscribe to Netflix, this approach has led to a high rate of churn and burn production, where they’ve been effectively assembly-lining out as many shows as possible for as cheap as they can to try and hit a home run within any particular corner of popular culture. Sometimes, it works: look at Squid Game, which cost Netflix in the neighborhood of $20 million. Other times, it doesn’t: look at Jupiter’s Legacy. Don’t recall that one? Good, you shouldn’t, as the Josh Duhamel-starring superhero series was canceled mere weeks after it debuted in the spring of 2021. And guess how much that one cost Netflix… $200 million.

These are just two radical examples of the literal hundreds of the original projects Netflix releases per year, as they produced over 450 pieces of original programming (movies and television) in 2021, according to Statista. And of those 450 original projects, how many have you, fellow Netflix subscribers, actually seen? A couple? A dozen? Twenty plus? And yet you subscribe to Netflix all the same. And there, ultimately, lies their issue: people still see Netflix as a place to watch old stuff they love, not discover new stuff they’ve never seen.

While the streamer’s original programming is a welcome bonus — I love me some Stranger Things and Extraction and Ozark and so on and so forth — it’s also inherently not what keeps people blindly paying for the service month in and month out. There’s a reason they bought the Knives Out franchise for nearly half-a-billion dollars from Lionsgate: perhaps in their heart of hearts, they know people only want what they’ve already had.

That, in and of itself, creates an entirely new conundrum for Netflix as they’re now being hunted by the very monster they’ve created. Thanks to Netflix’s launching of the streaming wars, all of the subsequent studios have, in turn, created their own service — Amazon Prime, HBO Max, Paramount+, Disney+, etc. And on those services, in addition to making new projects largely based on established I.P. they already own, they intend to house their decades of backlogged content.

Sure, Netflix still has some pre-existing content deals spread through the industry (you can currently find The Dark Knight on both Netflix and HBO Max, for example), but as more time passes, the more the streaming rights to big-ticket franchises and classic, endlessly rewatchable movies will revert back to their original owners.

Ultimately, how Netflix course corrects is a complicated question with (at least) one very simple answer: they have to stop doing what they’ve been doing in recent years because it’s led to, perhaps for the first time since they were mailing DVDs, their first sign of mortality.

netflix need a gofundme it's getting bad… https://t.co/AM3tK7AXTc

Netflix and Disney are both learning that when you pander to 5% of the population at the expense of 95% it doesn’t go so well.

netflix became my worst enemy when they shelved this show https://t.co/uC10mFgLhp

netflix: stranger things is coming back

me: maybe i’ll watch it with a friend

netflix: maybe i’ll dump you in the river