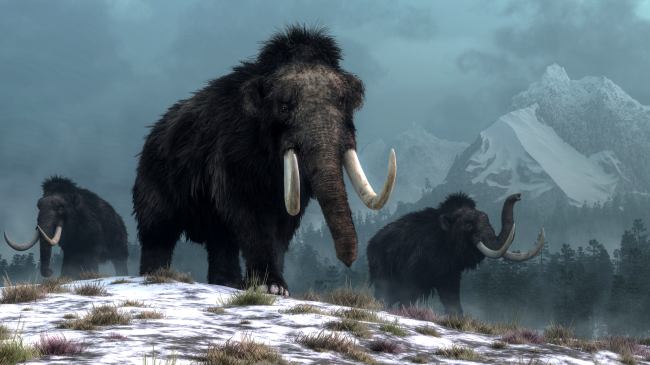 So? Who’s ready for a taste of Ice Age in real life? Because that is the explicit goal of a new startup company, Colossal, that says it will be bringing the woolly mammoth back from extinction within the next six years.

Ben Lamm, a UFO hunter and technology and software entrepreneur, is teaming up with Dr. George Church, a Harvard geneticist and biotech entrepreneur, to restore the woolly mammoth to the Arctic tundra.

How, exactly, will Lamm and Church and their company Colossal be bringing back an animal that has been extinct for at least 10,000 years?

They will do, they say, by utilizing something called CRISPR gene-editing technology.

New Scientist explains, CRISPR is “a way of finding a specific bit of DNA inside a cell. After that, the next step in CRISPR gene editing is usually to alter that piece of DNA. However, CRISPR has also been adapted to do other things too, such as turning genes on or off without altering their sequence.”

But no one has ever harvested eggs from an elephant. In case it doesn’t work, Dr. Hysolli and her colleagues will also investigate turning ordinary elephant tissue into stem cells, which could possibly then be coaxed to develop into embryos in the lab.

“Never before has humanity been able to harness the power of this technology to rebuild ecosystems, heal our Earth and preserve its future through the repopulation of extinct animals,” said Lamm, CEO and Co-Founder of Colossal. “In addition to bringing back ancient extinct species like the woolly mammoth, we will be able to leverage our technologies to help preserve critically endangered species that are on the verge of extinction and restore animals where humankind had a hand in their demise.”

Lamm explained to Motherboard that Colossal will be building off of the work already conducted by Church and other researchers.

“They’ve pretty much managed to complete the assembly of the 60 plus genes that would essentially make an elephant genome functionally that of a woolly mammoth,” Lamm said. “That’s the phenotypic attributes: small ears for low temperatures; cold-tolerant hemoglobin; 10 centimeters of brown fat; and of course what people mostly know and love, that furry, shaggy coat.” 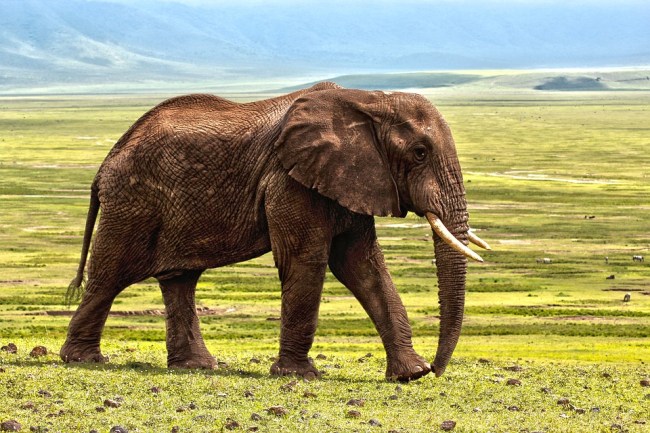 Their plan is to produce its first set of elephant-mammoth hybrid calves in four to six years with the ultimate goal of large herds of mammoths being reintroduced to the Arctic.

“I truly believe that if I or others had been focusing the right level of capital and energy into this five years ago, we would have mammoths today,” added Lamm.

Criticisms of Lamm and Church’s goal range from skepticism over if they can even achieve it to whether it is ethical to do so, as well as if it is something that will even be worth the large amount of money it will cost to accomplish.

“Our goal is long-term species preservation and survival through rewilding,” Lamm told The Debrief.

“It’s important to balance science with ethics, and it is something we take very seriously, which is why we have a diverse group of scientists, conservationists, and ethicists on our scientific advisory board. George Church also has a bioethicist as part of his lab that oversees the work at Church Lab.”

Church, naturally, believes the idea of reviving the woolly mammoth is definitely worthwhile, despite the critics.

“Technologies discovered in pursuit of this grand vision – a living, walking proxy of a woolly mammoth – could create very significant opportunities in conservation and beyond, not least of which include inspiring public interest in STEM, prompting timely discussions in bioethics, and raising awareness of the vital importance of biodiversity,” said Church.